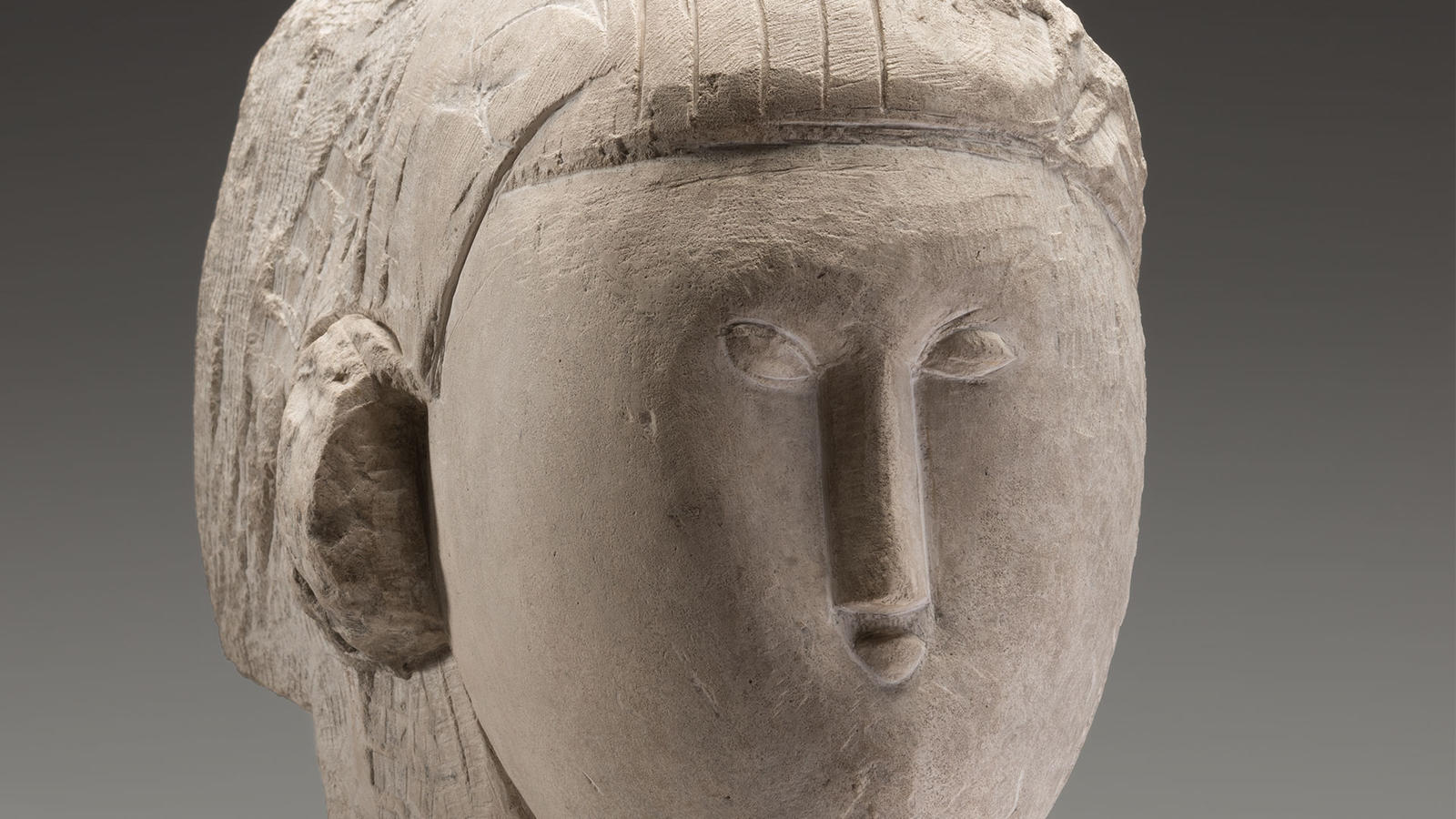 In April, 2017 the Kimbell received a milestone gift. Amedeo Modigliani's carved limestone "Head," c. 1913, is a masterpiece of modern sculpture. 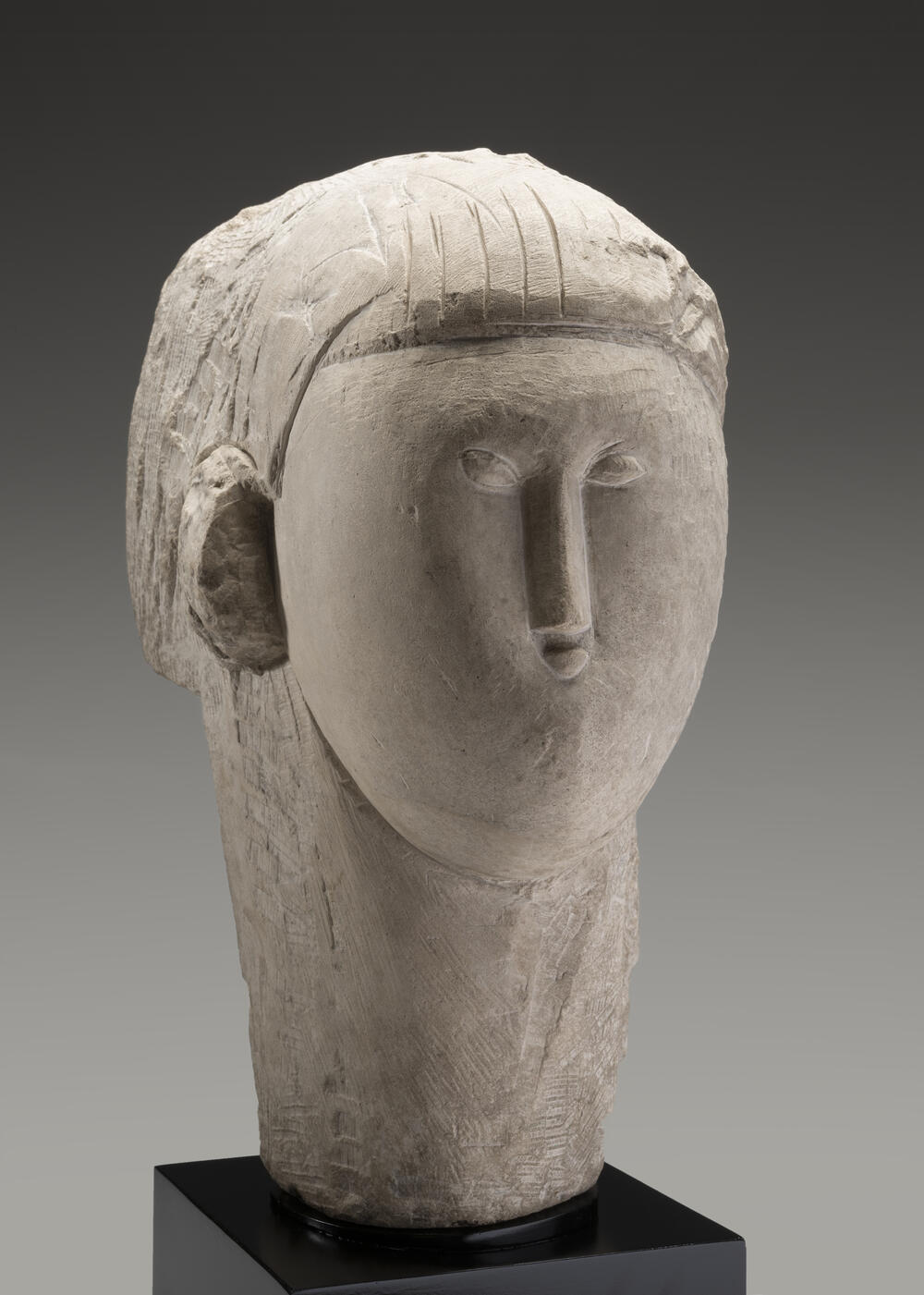 This important work was given in honor of Ted and Lucile Weiner by their daughter Gwendolyn Weiner. It is one of about twenty-seven surviving sculptures by the artist, and among his finest. The Kimbell has great works of modern painting in its collection by artists such as Picasso, Matisse, and Mondrian, but until this acquisition it had no work in any medium by Modigliani. Remarkably, Head is the first work of modern sculpture to take its place within the galleries designed by Louis I. Kahn for the Kimbell Art Museum.

Although renowned today for his more numerous paintings, Modigliani considered himself foremost a sculptor. Having left his hometown of Livorno in 1906 to join the Parisian avant-garde and stimulated by the example of Constantin Brancusi, who became his neighbor when he moved to a studio in the community of Montparnasse in 1909, Modigliani championed direct carving in stone, seeking to revitalize sculpture by returning to its ancient methods. 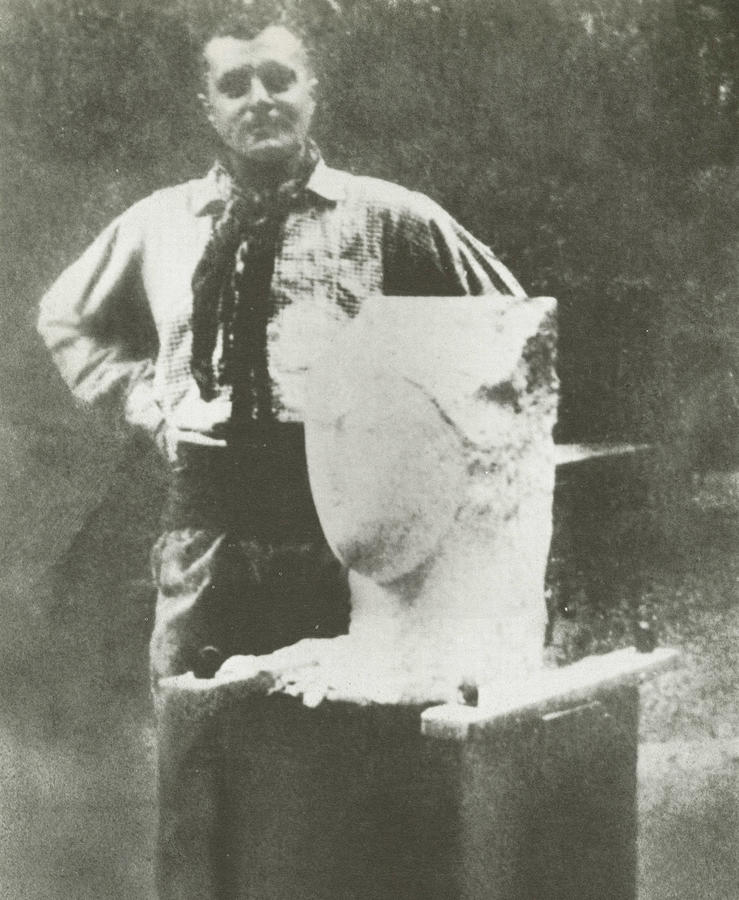 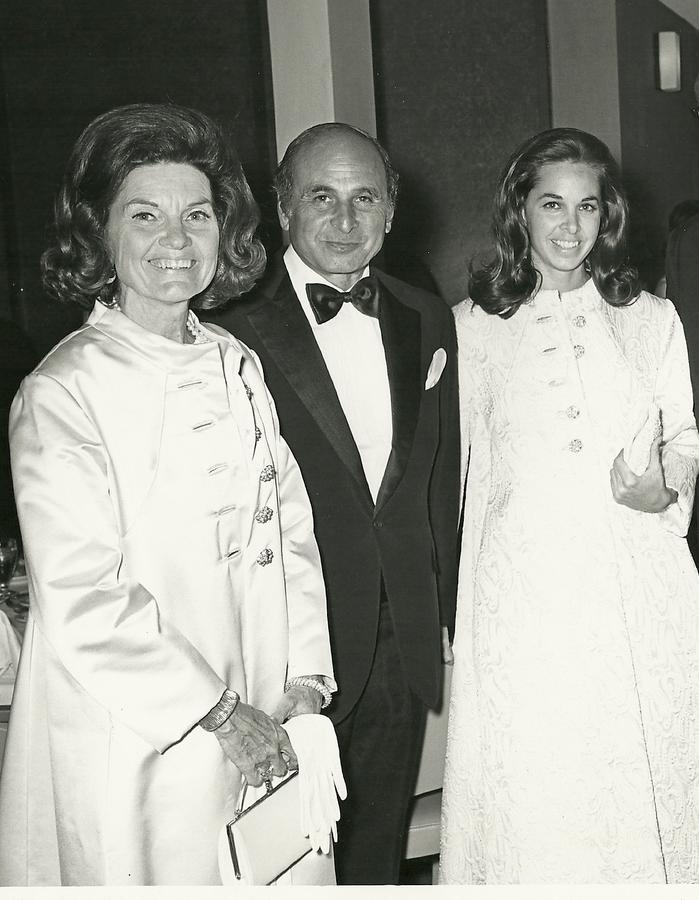 Scavenging limestone from construction sites including the Paris subway, he created a series of elegantly stylized, mostly elongated heads, with slender necks and geometric features such as almond-shaped eyes and small round or smiling mouths. Modigliani’s distinctive aesthetic—born from the tension between figuration and abstraction—was inspired by a range of works that he admired in Paris, including African, Egyptian, ancient Greek, and Cambodian statuary. Modigliani’s powerful—even mystical—sculptures invoke deities or timeless beings. Seven of the heads were displayed as a “decorative ensemble” in the 1912 Salon d’Automne in a room with Cubist paintings. Paul Guillaume, his dealer, later wrote that the artist envisioned his heads as “columns of tenderness” in a “temple of beauty.”

The Weiner Head is distinguished from others by its complex balance of brutality and refinement, as the delicate head emerges from the roughly hewn mass of the stone block. The lively and varied surface celebrates the process of its creation: blunt gouges and sensual striations of the sculptor’s chisels mark the tapered neck and head, countered by the sharp incisions of the hair and more refined finish of the oval face and cheeks. Its expressive sophistication reveals a sculptor at the height of his talents.

The chronology of Modigliani’s heads, in fact, is difficult to establish. A photograph showing the artist with uncharacteristically short hair standing next to the still unfinished Weiner Head suggests a date of about 1913, shortly after his return from a visit to Italy, where friends remarked on his shaven head following a stay in a hospital. Around 1914, ill health and poverty forced Modigliani to abandon sculpture and return to painting portraits and nude figures. He died at age thirty-five of tubercular meningitis.

The sculpture is even more meaningful to the Kimbell because it comes from the Weiner Collection. Oilman Ted Weiner, with his wife Lucile and their daughter Gwendolyn, acquired important modern artworks, particularly sculpture, in the 1950s and 1960s. This major pioneering private collection was displayed in their home and garden in Fort Worth. The Weiners purchased the Modigliani Head from the Knoedler Gallery in 1963.

With the Weiner gift, the Kimbell becomes the only museum in the western states to have a Modigliani sculpture in its collection. 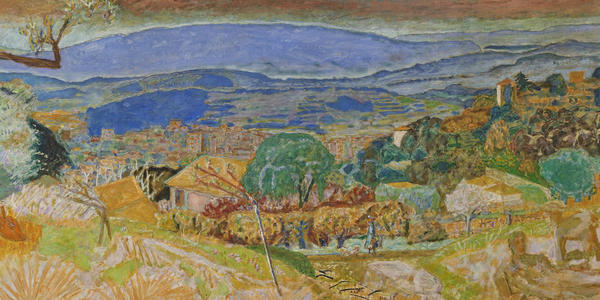 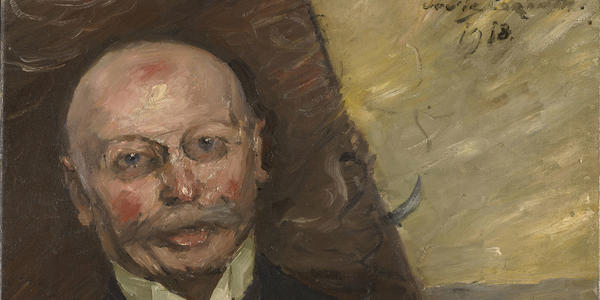