Based on the classical Venus Anadyomene type of figure—in which the goddess, rising from the sea, wrings out her hair—Nude Combing Her Hair attests to the engagement with classicism that preoccupied Picasso throughout his career. It was always a process of selective and critical adaptation: the woman’s masklike features exemplify his habit of stylizing the classical prototype, and the deliberately crude brushwork marks a conscious gesture against the idealism of classical art.

The model for Nude Combing Her Hair was Fernande Olivier (born Amélie Lang), who entered Picasso’s life in 1904. Her presence helped motivate him to abandon his somber Blue Period subjects in favor of the female nude themes so successful at the turn of the century with Degas, Renoir, and other avant-garde artists. Matisse also, to whom Picasso was introduced in 1906, had just begun to stress female nude themes in both paintings and sculpture, and works like Nude Combing Her Hair may be understood as Picasso’s response to this powerful artistic rival.

Picasso created numerous works with similar subjects in 1905–6, most of them fragmentary or sketchy in appearance. The raw power of the masklike face in works like the Kimbell painting may reflect his exposure to a medieval statue of the Virgin in Gósol, Spain, where he spent the summer of 1906. Judging from x-radio-graphs, he first showed the figure in a crouching pose, afterwards repainting the lower part to show her standing. Like so many of Picasso’s dramatically reworked canvases of this time, with their boldly modern disjunctions between adjacent parts, Nude Combing Her Hair represents both its obvious subject and the artistic act in the process of realization.

In taking a closer look at the x-radiograph, the influence of earlier images of crouching women, such as Titian’s Venus Anadyomene (c.1525), is plainly evident. Titian’s beauty may have been inspired by the Roman copies of a Hellenistic sculpture, Crouching Venus, which were known and admired in his day. In his preliminary composition, Picasso painted the nude crouching with one knee projected horizontally to the right and her head turned in the same direction. Her proper right foot is clearly visible in the x-radiograph, and traces of it can still be seen with the naked eye. The final figure is in a three-quarter-length, frontal position and is made up of more simplified and angular shapes. Even the handling of the paint in the revised area has a different texture. It appears quickly worked up in a wet-in-wet technique, while the older portion has a greater variety of brushwork and colors. Change was part of Picasso’s working method. Often the ridges of impasto from earlier states can be seen in the surface of the painting. As Picasso explained, “A picture is not thought out and settled beforehand. While it is being done it changes as one’s thoughts change. And when it is finished, it still goes on changing, according to the state of mind of whoever is looking at it...” (from and interview by Christian Zervos quoted in Painting Techniques of the Masters by Hereward Lester Cooke (Washington, National Gallery of Art, 1972), p. 60). 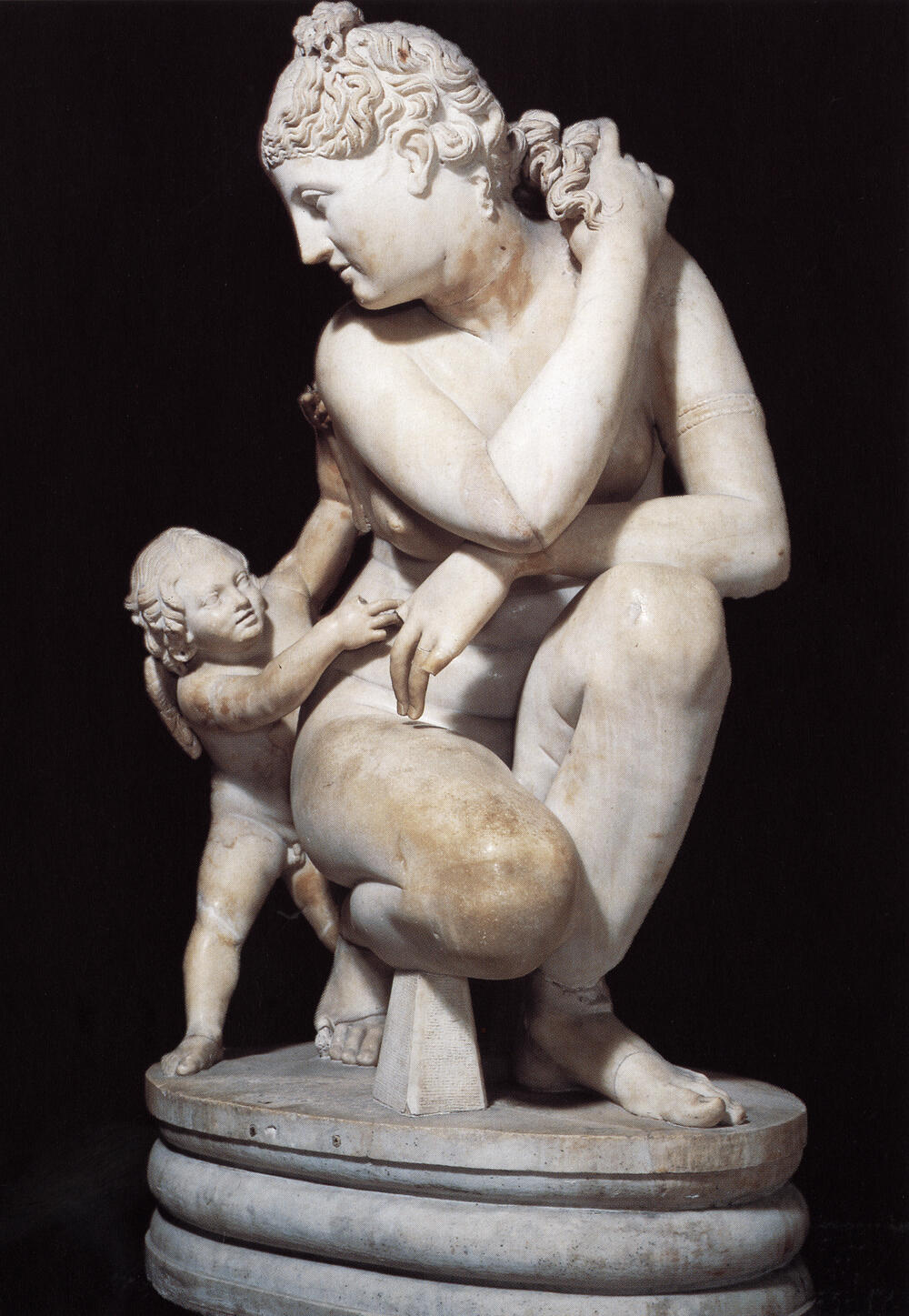 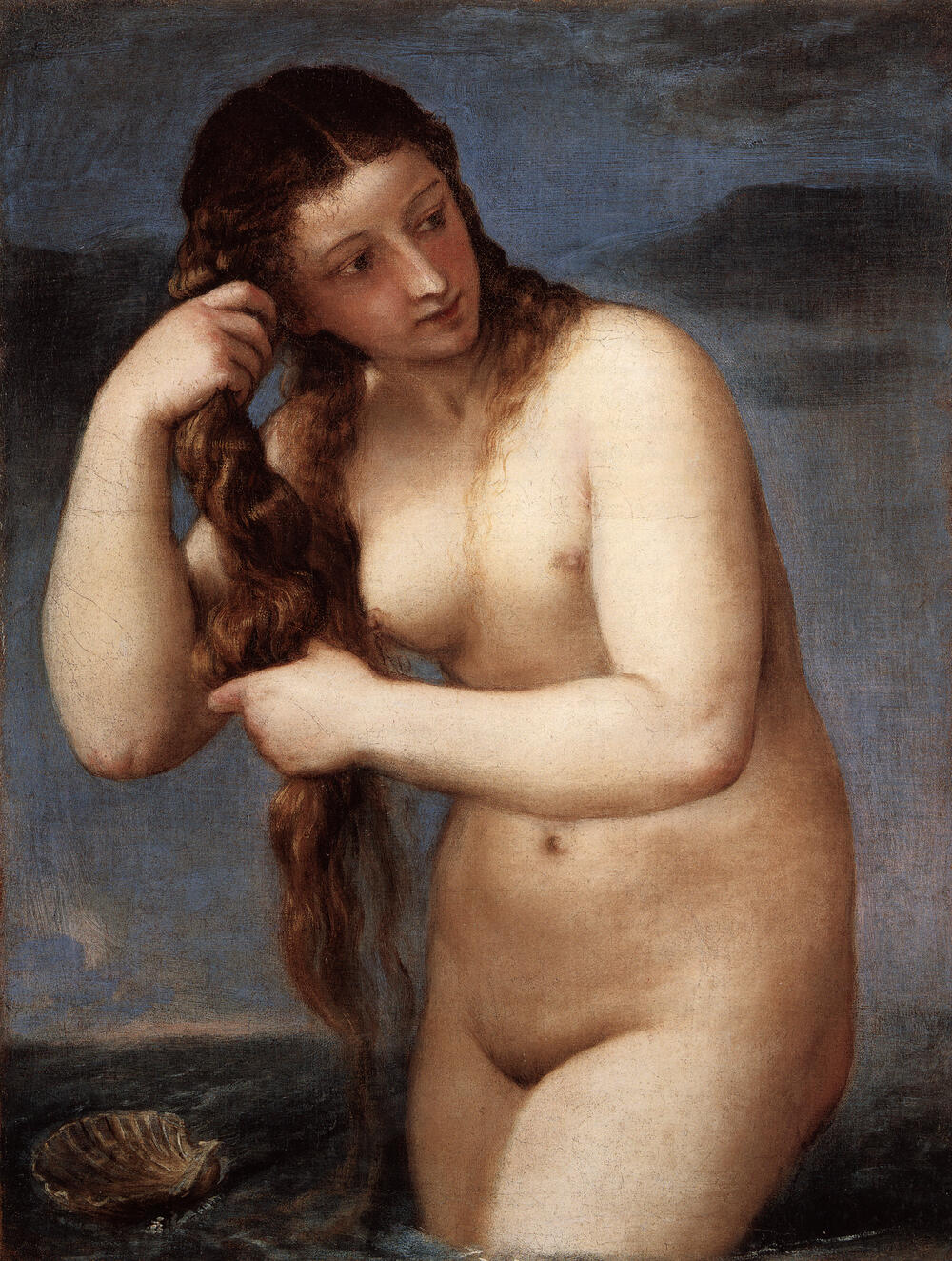 Titian, Venus Anadyomene (Venus Rising from the Sea) (c. 1518-20) National Gallery of Scotland, Edinburgh. A probable source for the development of Picasso's composition 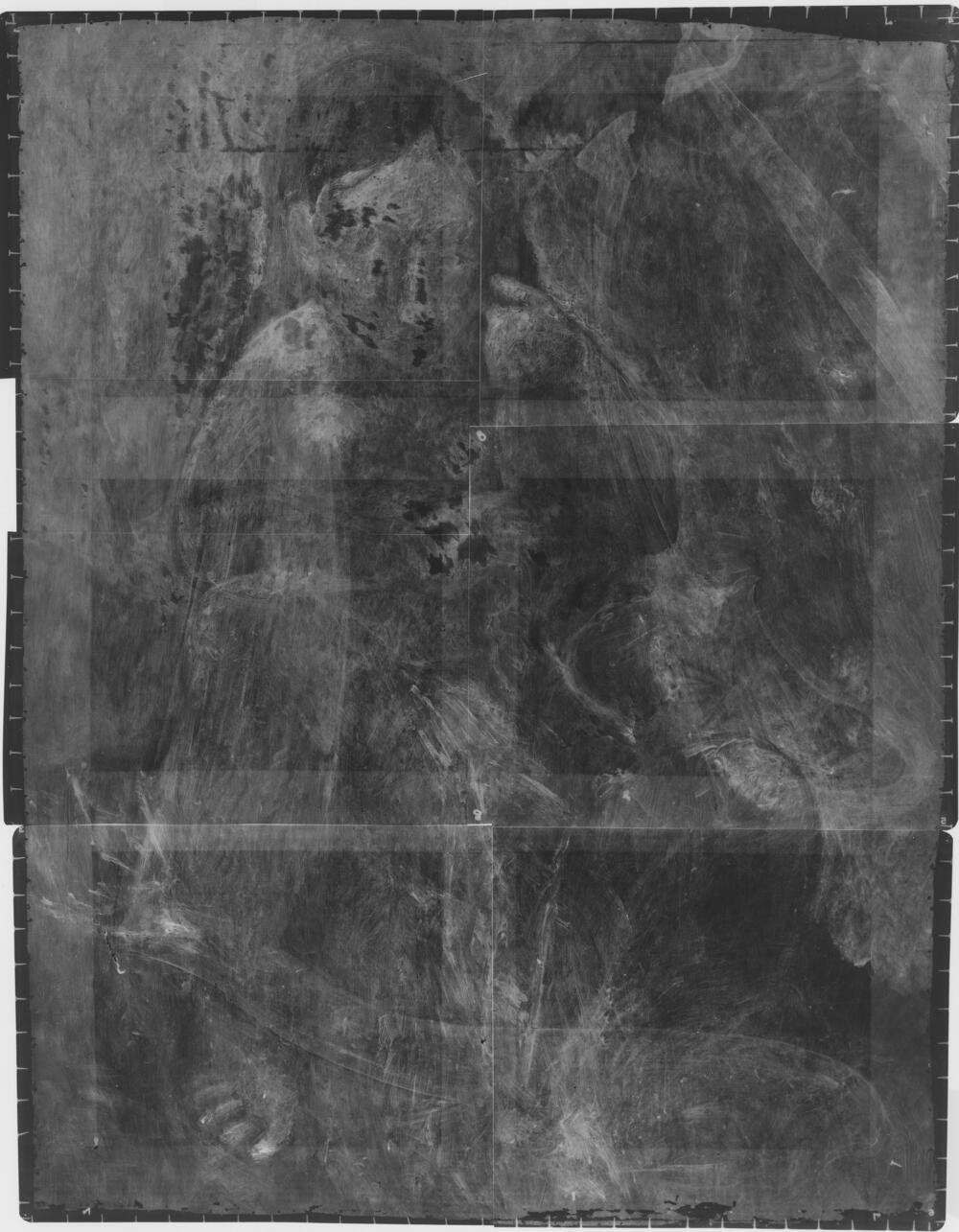