Born Guido di Piero, the artist known as Fra Angelico acquired his nickname not long after his death, when he was referred to as “Angelicus” by a fellow Dominican monk for his pious life and artworks. He was already an established painter and illuminator of manuscripts in Florence when he entered the Observant Dominican Order as Fra Giovanni sometime between 1418 and 1423.

The subject of the picture is taken from the thirteenth-century Golden Legend, which relates how Saint James the Greater ordered the Christian convert Philetus to free the repentant magician Hermogenes, who had been bound by the very devils he sent to vanquish Saint James. A haloed Saint James taps Philetus with his staff, empowering him to unloose the cords of Hermogenes, metaphorically absolving his sins.

This painting originally formed part of the predella of a dismantled altarpiece. The four other extant predella panels are devoted to the lives of the Virgin and various saints. Using rational perspective and lighting, Fra Angelico was among the first Florentine artists to adopt the younger artist Masaccio’s pictorial innovations.

The panel is exceptionally well preserved. The refinement of Fra Angelico’s technique is apparent in his use of pure pigments, such as vermilion and lapis lazuli, and in his masterful use of gilding in the decorative borders of the drapery.

When the altarpiece from which The Apostle Saint James Freeing the Magician Hermogenes originates was disassembled, the predella panel was cut into separate paintings. This probably accounts for the fact that the Kimbell panel was trimmed slightly on the left side while the right side still has its original incised and gilded border. The missing section was replaced with a modern, gilded wood strip.

Fra Angelico used the classic egg tempera technique, described by Cennino Cennini, in which the paint is applied with a range of fine brushes and delicate hatched strokes. Other hallmarks of this method include the use of pure pigments, such as brilliant vermilion and precious lapis lazuli, and the modeling of forms from light to dark, as seen in the drapery and in the layering of the leaves. Fra Angelico's use of gilding is particularly masterful. He makes use of two types for varied effects. Saint James' halo is an example of water gilding in which gold leaf is applied on top of a red bole, a type of fine clay, and later burnished. The refined decorative borders of the robe on the other hand, exhibit slightly raised lines that are characteristic of mordant gilding. In this technique the gold leaf is applied to a tacky adhesive that is painted onto the surface with a fine brush and left unburnished. The evocative power of Fra Angelico's finely crafted image is evidenced by the "X's" that were scratched into the faces of the devils centuries ago by vandals. 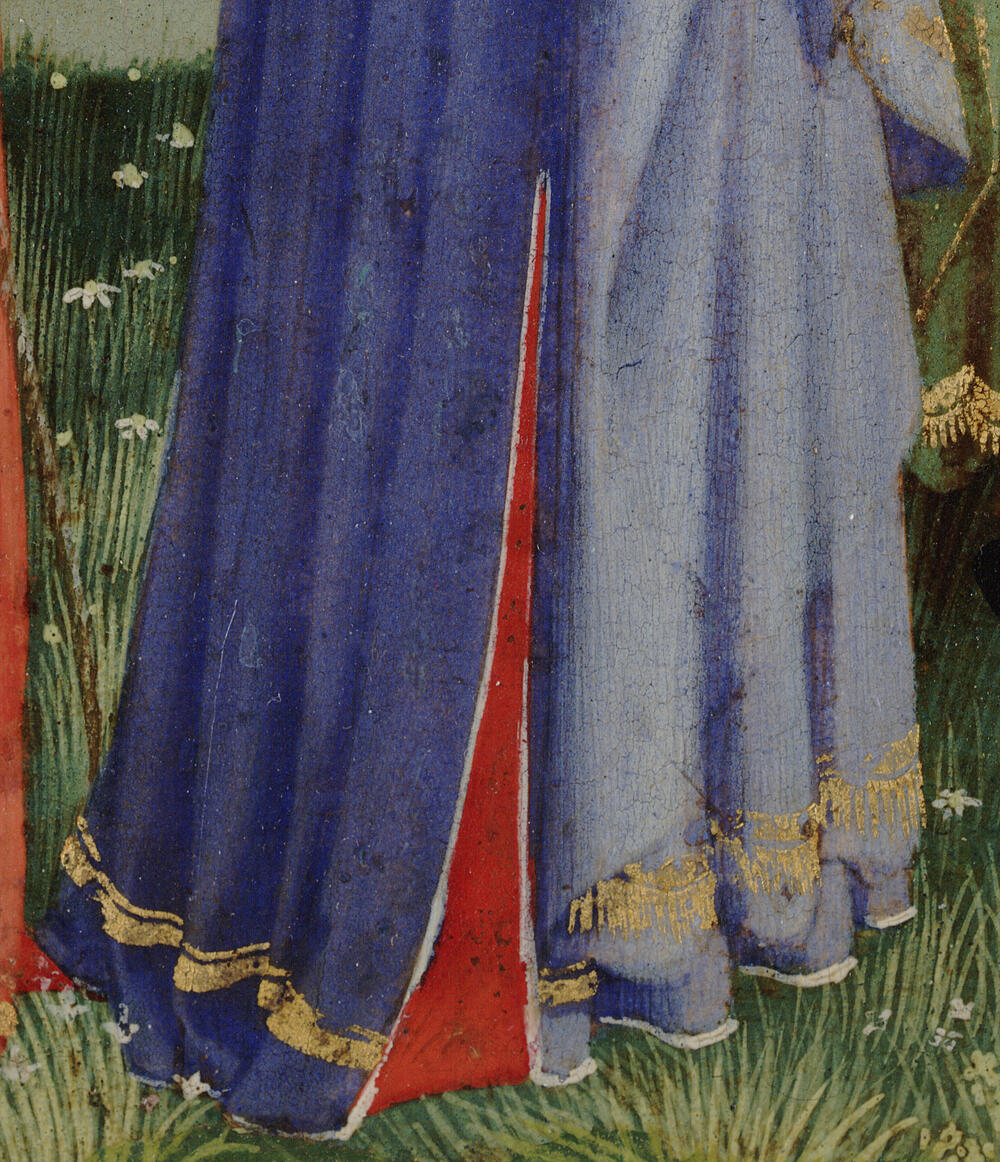 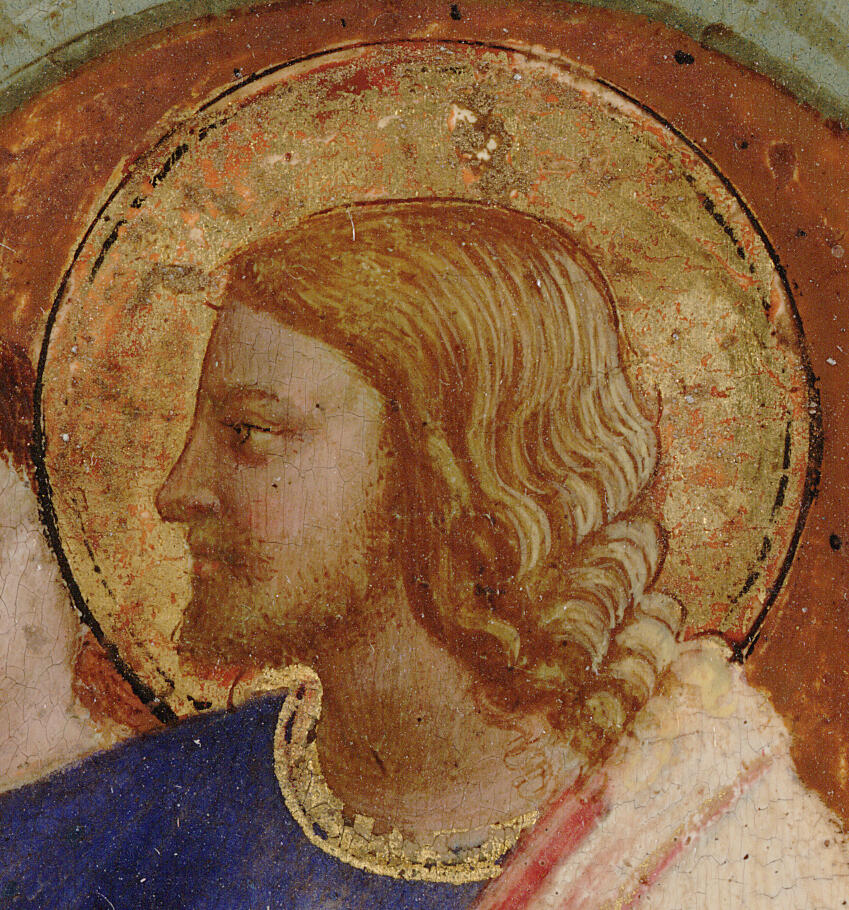 Detail of Saint James showing the water gilding in his halo

ceded to a member of the maternal family of his wife, the de Meeüs, Belgium, about 1942.