Caravaggio was one of the pivotal figures in the history of Western art. In his short lifetime, he created a theatrical style that was as shocking to some as it was new, inspiring others to probe their subject matter for the drama of psychological relationships.

Apprenticed in Milan, Caravaggio came to Rome in the early 1590s. There his early masterpiece The Cardsharps came to the attention of the influential Cardinal Francesco Maria del Monte, who not only purchased it but also offered the artist quarters in his palace. Caravaggio was thus introduced to the elite stratum of Roman ecclesiastical society, which soon gave him his first significant opportunity to work on a large scale and for a public forum.

In The Cardsharps, the players are engaged in a game of primero, a forerunner of poker. Engrossed in his cards at left is the dupe, unaware that the older cardsharp signals his accomplice with a raised, gloved hand (the fingertips exposed, better to feel marked cards). At right, the young cheat looks expectantly toward the boy and reaches behind his back to pull a hidden card from his breeches. Caravaggio has treated this subject not as a caricature of vice but in a novelistic way, in which the interaction of gesture and glance evokes the drama of deception and lost innocence in the most human of terms.

The Cardsharps spawned countless paintings on related themes by artists throughout Europe—not the least of which was Georges de La Tour’s Cheat with the Ace of Clubs in the Kimbell.

The Cardsharps was stamped on the back with the seal of Cardinal del Monte and inventoried among his possessions after his death in 1627. Its location had been unknown for some ninety years when it was rediscovered in 1987 in a European private collection.

Caravaggio’s use of a light gray ground in this early work reflects his training in the North Italian painting tradition. Beginning in about 1595/96, he adopted the brownish ground characteristics of Roman painting. Caravaggio composed The Cardsharps from individually conceived figures painted directly on the canvas without the aid of preparatory drawings. For example, the gloved hand of the central cheat was entirely realized before the figure of the other cheat was placed over it. As a result of this working method, several pentimenti are presented in the painting. Caravaggio changed the position of the hand, the cards, and the belt of the cheat on the far right. He also moved the stripes on his doublet. These changes can be seen in the infrared reflectogram details.

Perhaps in lieu of underdrawing, Caravaggio used incisions to place elements on the canvas. In The Cardsharps there are only a few incisions in the wet ground, such as in the dupe’s fingertips and the edges of the cards, but this technique was greatly expanded in later works. Other innovative painting techniques in the Kimbell’s painting include the artist’s manipulation of the wet paint to enhance the realism of surface textures. When Caravaggio painted the silk brocade of the central cheat, he blotted the wet paint with his fingers or thumb. He also used the butt end of the brush to described the black embroidery on the collar of the dupe.

The Cardsharps is among the best preserved works by Caravaggio. Even the delicate red lake glazes over the vermilion red hearts on the cards are intact. The removal of a later addition, a six-inch-high (14 cm) horizontal canvas strip, from the top edge restored the composition to its original dimensions. The removal of the lining in the 1987 restoration uncovered a stamped seal on the reverse. This stamp, identifying works from Cardinal del Monte’s collection, had been previously discovered on Caravaggio’s Gypsy Fortune Teller at the Capitoline Museum in Rome.

The seal of Cardinal del Monte stamped on the reverse of Gypsy Fortune Teller on the right, compared with that found on the back of the Kimbell's The Cardsharps 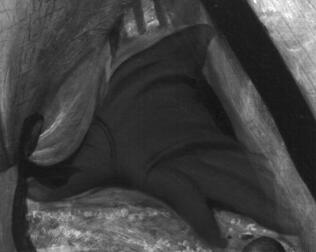 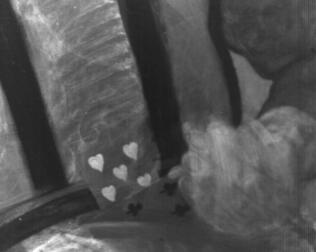 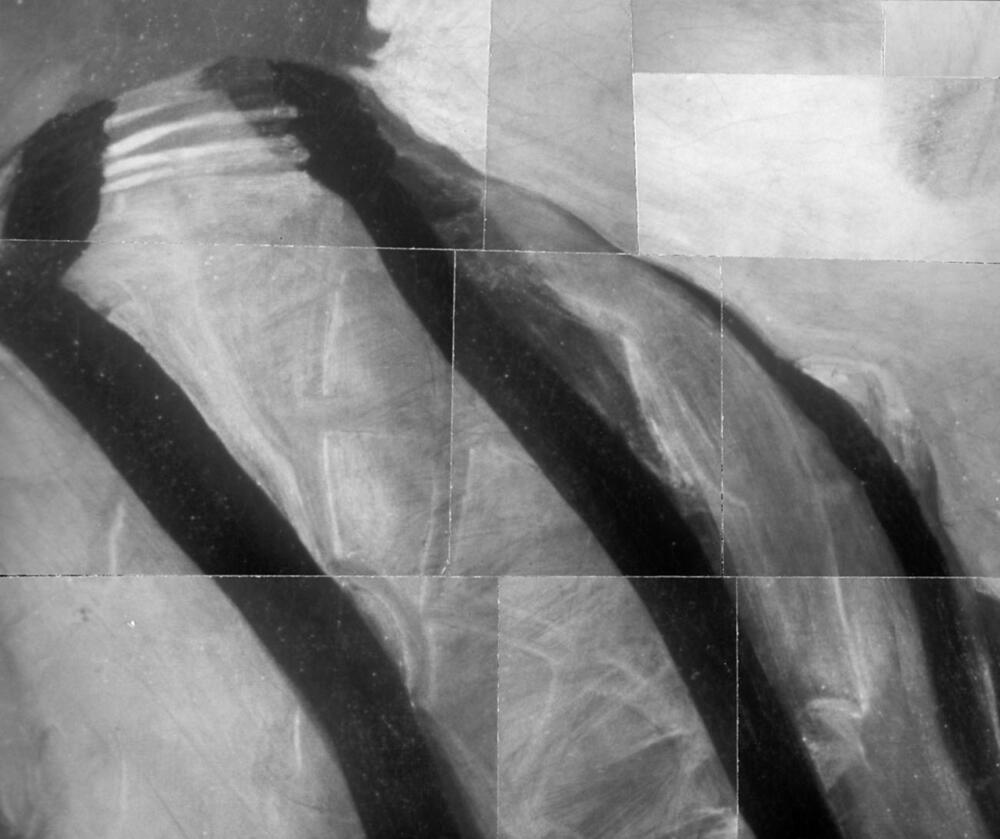 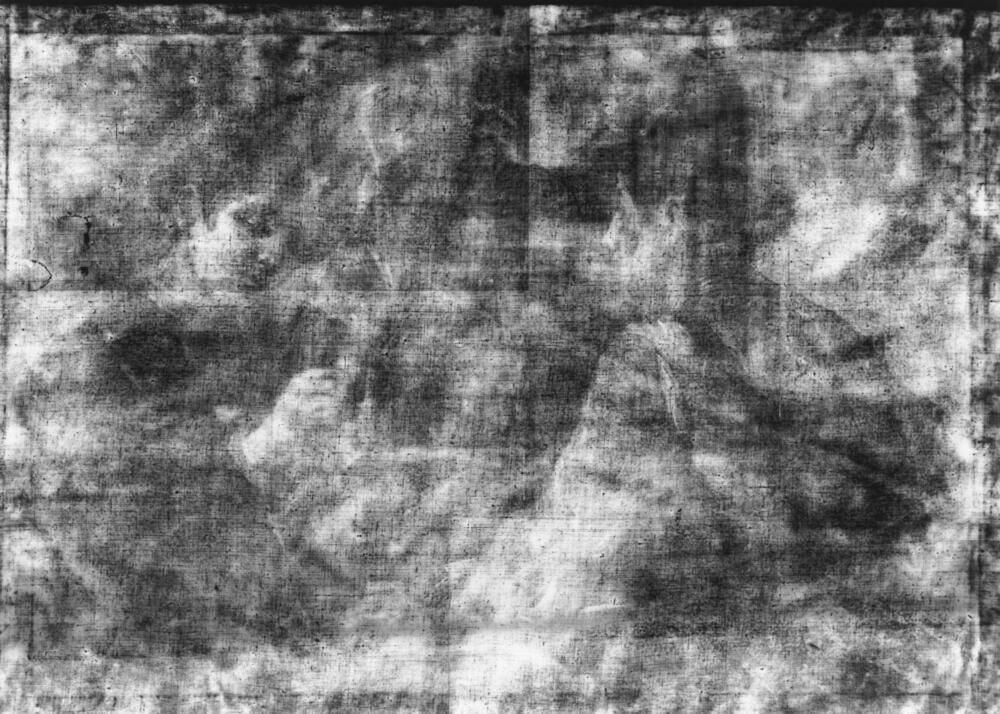 by inheritance to his nephew, Alessandro del Monte, Bishop of Gubbio [d. 1628];