Monet had painted ten Weeping Willow paintings by 1919, apparently in mournful response to the mass tragedy of World War I. Due to the war, Monet’s luxurious compound at Giverny was for the most part emptied of his children’s families and his household staff, who were either called into service or moved away from the advancing German army. His only surviving son was in constant danger at the front. At times Monet could hear artillery fire, but he refused to leave, preferring to share the fate of his gardens.

As a group, the Weeping Willow paintings are characterized by shadowy colors and writhing forms, as if Monet intended to express the grieving mood not simply with the subject, but also through an expressionist style of painting. They were among the very few easel-scale paintings that Monet made after 1914, when he claimed his failing eyesight was best suited for working in larger formats. The particular tree portrayed in Weeping Willow had pride of place on the bank of Monet’s water garden, with its exotic water lilies. The tree’s trunk, its cascading branches, and its reflection are all incorporated into his greatest artistic legacy, the mural-scale Nymphéas canvases that were his preoccupation from 1914 until his death.

Weeping Willow is a prime example of the artist’s late painting technique. The painting was gradually built up as the composition was developed. Most areas are painted in several layers, some of which were applied wet-in-wet, others when the underlying layers were dry. There is a variety of surface textures. Some areas were not as worked, revealing the ground below, and in others the artist scraped back the paint, such as in the foliage. Monet often applied unifying washes to paintings, which can be seen on the surface of Weeping Willow under magnification. In addition to harmonizing the colors, the washes impart a slightly cooler tonality to the left side, and a slightly warmer on to the right. A photograph from the early 1920s shows Monet in his studio with a visitor. In this image, the painting can be seen in a frame with the edges of the canvas largely unpainted. Monet left the edges unpainted for ease in handling the wet canvases, and it seems the artist sometimes framed paintings before they were finished in order to gauge the effect. The edges of Weeping Willow have been filled in since the photograph was taken. The paint in these areas seems to have been rapidly applied with a thin, flowing paint and with a more limited palette than is found elsewhere in the painting. The signature appears to go over this paint layer. 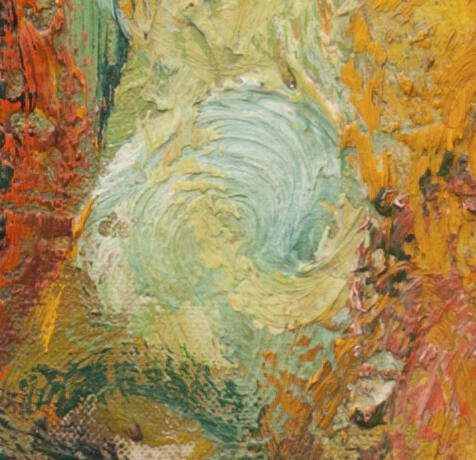 Detail of The Weeping Willow to the left of the tree trunk, showing brush strokes pulled over dried impasto 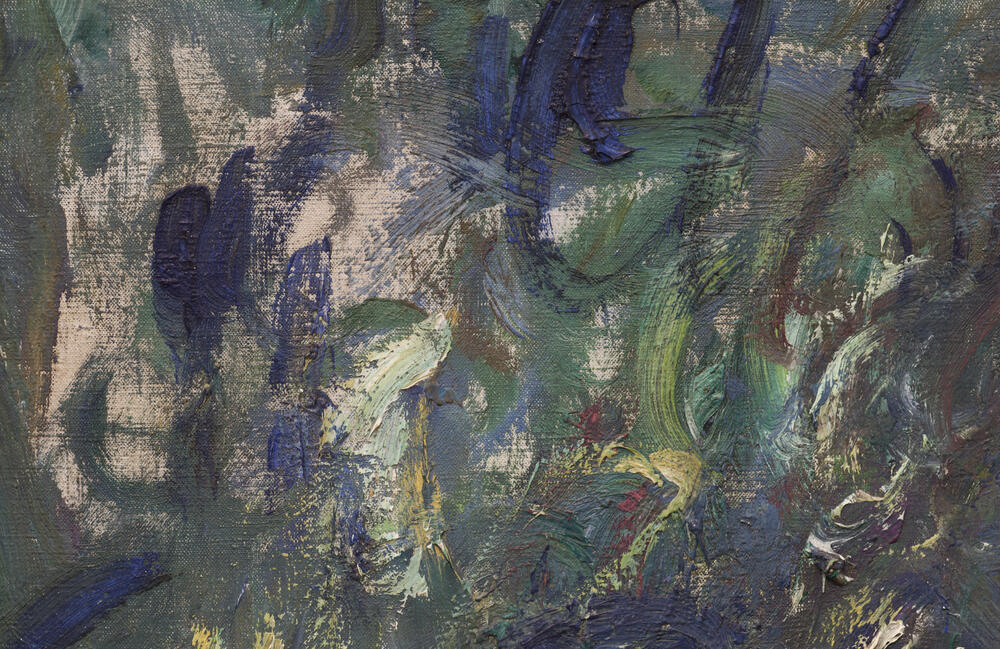 Detail of the upper left where Monet quickly finished off the edges with loose brushwork, while leaving some bare canvas visible 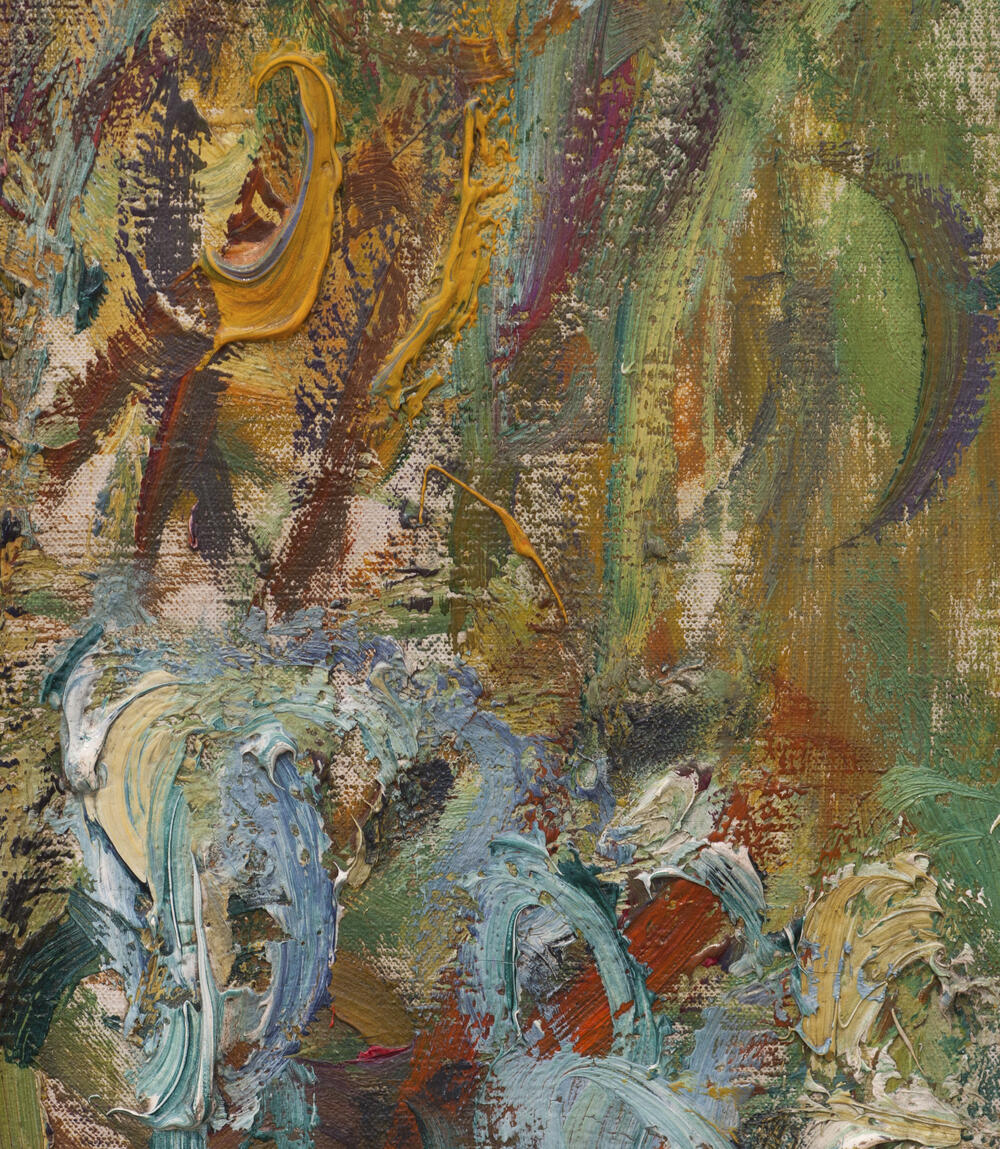 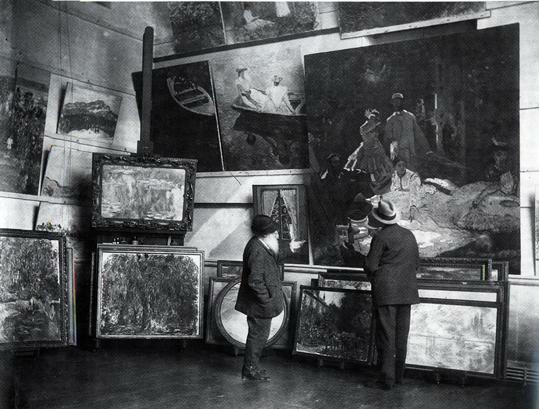 Photograph of Monet in his second studio at Giverny by Choumoff with the Kimbell's painting at the base of the easel behind the artist. Copyright Jean Loup Charmet, Photographe.

sequestered by the French government in 1944;