Gauguin assumed his role as renegade artist in 1885. Rather than remain jobless in Copenhagen with his Danish wife and their five children, the former stockbroker decided now to return to Paris to follow his restless artistic conscience. Painted in Denmark just before reaching this momentous decision in his life, this painting is both somber and defiant in mood and is the first of the many self-portraits in which Gauguin sought to explore his dark inner psyche.

Examination of the Kimbell painting under infrared light and with radiographs has revealed that Gauguin made important changes in his self-image as he developed it ever more starkly. At first he portrayed himself in profile and included reproductions of his own paintings on the background wall. Turned to confront the viewer in the final work, he shows himself left-handed, like his image in a mirror, crowded in an attic space with a slanted beam, and cold, with the lapels of his heavy jacket wrapped together. Only his piercing eye escapes the bleak atmosphere. When he made a self-portrait for his new friend Vincent van Gogh, in 1888, he compared himself to Jean Valjean, the criminal hero of Victor Hugo’s Les Miserables: “It is the face of an outlaw, ill-clad and powerful like Jean Valjean—with an inner nobility and gentleness . . . . As for this Jean Valjean, whom society has oppressed, cast out—for all his love and vigor—is he not equally a symbol of the contemporary Impressionist painter? In endowing him with my own features, I offer you—as well as an image of myself—a portrait of all wretched victims of society who avenge us by doing good.”

Like many of his contemporaries, such as Degas, van Gogh, and Pissarro, Gauguin was concerned with the appearance of his paintings’ surfaces. He preferred that they have a matte appearance and vehemently rejected the glossy surfaces of natural resin varnishes commonly used at the time. By applying white wax instead, Gauguin thought that he could preserve a matte surface that would not yellow as did natural resin varnishes. Contrary to his wishes, the Kimbell painting was varnished at some time in the past. This varnish layer was removed in a recent conservation treatment in order to bring the painting’s appearance closer to the artist’s original intention. A wax surface coating, which is probably original, that was found beneath the varnish, was preserved in the recent cleaning. It is exceptional that this self-portrait has been preserved in an unlined state and retains its original surface coating. 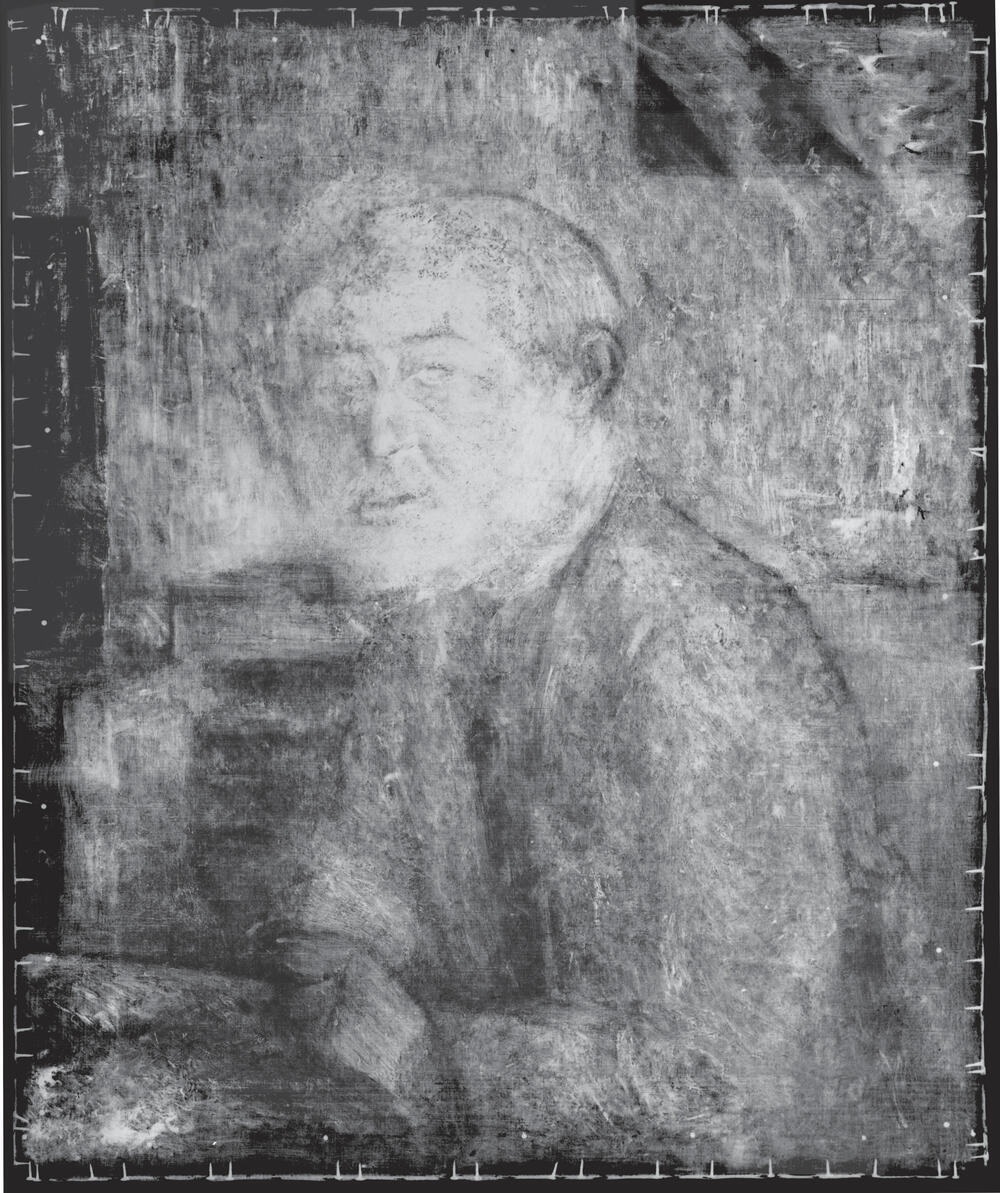