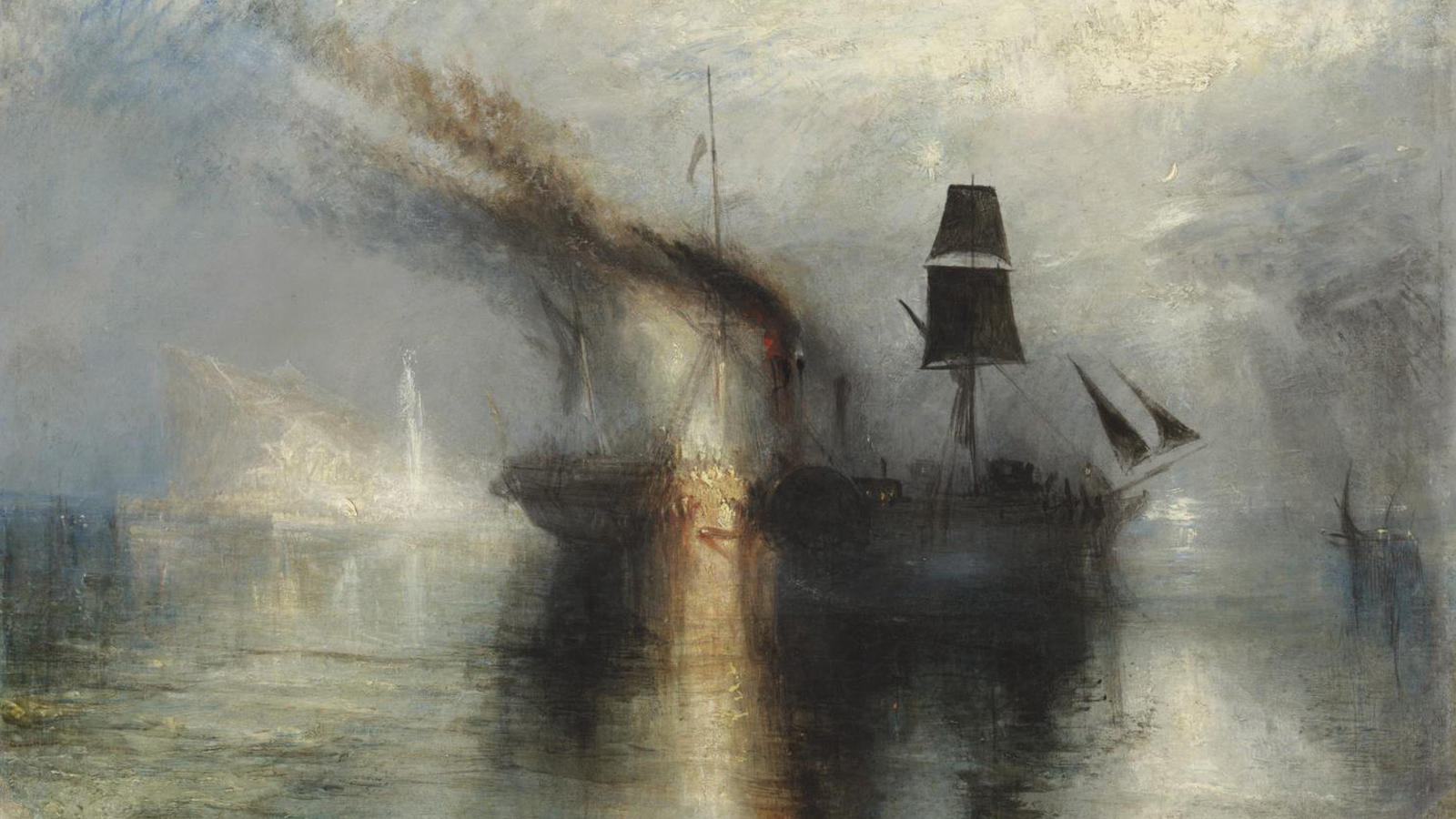 The Kimbell Art Museum announces the 2020-21 special exhibition schedule, celebrating the women of ancient Egypt, one of Britain's greatest artists and the unparalleled collection of Asian works from the Mr. and Mrs. John D. Rockefeller collection

Special exhibitions will be on view in the Renzo Piano Pavilion. Details are subject to change.

Queen Nefertari’s Egypt celebrates the wives of pharaohs during the New Kingdom period (1550–1070 BC), when Egyptian civilization was at its height. These women—not just great royal wives, but also sisters, daughters and mothers of pharaohs, and sometimes even pharaohs themselves—are brought to life through some 230 exceptional objects, including majestic statues, exquisite jewelry, decorated vases, papyrus manuscripts, carved steles, mummies, intricately painted wooden coffins and splendid stone sarcophagi, as well as tools and various items of daily life from the artisan village of Deir el-Medina, home to the craftsmen who made the royal tombs. These astonishing treasures showcase the legacy of these amazing women—whose status often verged on divine—and also trace the journey of discovery made by the Italian archaeologist Ernesto Schiaparelli and his team on the banks of the ancient Nile. All of the selected masterpieces come from the world-renowned Museo Egizio in Turin, which holds one of the most important collections of ancient Egyptian works outside of Cairo and is one of the most prestigious museums in Italy.

Nefertari, whose name means “the most beautiful of them all,” was one of the most celebrated queens of ancient Egypt and the beloved royal wife of the great pharaoh Ramesses II. In 1904, Schiaparelli, then director of the Museo Egizio, discovered her tomb—the most richly decorated in the Valley of the Queens. The brilliantly painted scenes decorating the tomb depict the perilous and challenging journey Nefertari had to make to appease the gods on her path to immortality. Schiaparelli made other significant discoveries in the nearby village of Deir el-Medina that give us a remarkable understanding of what daily life would have been like for the builders and craftsmen who constructed Nefertari’s magnificent tomb.

Queen Nefertari’s Egypt will cast light on royal life in the palace, the roles of women in ancient Egypt, the everday life of artisans and the powerful belief system and ritual practices around death and the afterlife.

The exhibition is organized by the Museo Egizio, Turin, and StArt, in collaboration with the Kimbell Art Museum.

Buddha, Shiva, Lotus, Dragon: The Mr. and Mrs. John D. Rockefeller 3rd Collection at Asia Society presents nearly 70 of the finest examples of Asian art in the United States. This exhibition showcases the extraordinary range of bronzes, ceramics and metalwork that John D. Rockefeller 3rd (1906–1978) and his wife, Blanchette Hooker Rockefeller (1909–1992), thoughtfully assembled between the 1940s and the 1970s. With highlights including spectacular Chinese vases, dynamic Indian Chola bronzes and exquisite Southeast Asian sculptures, the exhibition reveals great achievements in Asian art spanning more than two millennia. This selection of masterpieces drawn from Asia Society’s permanent collection is a visually stunning presentation that illuminates social and artistic histories from across Asia and underscores the visual arts’ capacity to encourage cross-cultural dialogue.

This exhibition represents a special opportunity to experience the unparalleled quality of the Mr. and Mrs. John D. Rockefeller 3rd Collection outside of its home at Asia Society Museum in New York City. In addition to investigating themes of Buddhist sculpture, Hindu sculpture and ceramics and metalwork, the show also examines the Rockefellers’ connoisseurship as well as their collecting and exhibition practices in an age when political and economic circumstances informed the reception and availability of Asian artworks in the United States. With an emphasis on beauty, ingenuity and tradition, this exhibition manifests the dynamic ideas and philosophies that animate histories of Asian art and renews the Rockefellers’ vision of promoting a deep understanding of different cultures through experiences with astonishing works of art.

This exhibition is co-organized by the American Federation of Arts and Asia Society Museum. The national tour of the exhibition is supported in part by a grant from the National Endowment for the Arts.

Turner’s Modern World showcases the astonishing paintings of J. M. W. Turner (1775–1851), one of Britain’s greatest artists. The exhibition explores Turner’s lifelong interest in the inventions, events, politics, society, culture and science of his time, which resulted in many of his most original works and transformed his way of painting. Organized by Tate Britain, the exhibition features oils and watercolors from Tate’s collection as well as works from the Metropolitan Museum of Art, the Museum of Fine Arts, Boston, the Yale Center for British Art and private collections.

Born in the late 18th century, Turner witnessed spectacular technological innovations and the industrialization of modern life. As the advances of industry and commerce brought Britain to world power, Turner immortalized these dizzying changes in vivid and dramatic compositions, with skillful brushwork that gave the impression of being wild and uncontrolled. In his last years, he surpassed any other artist by melding his contemporary subjects with a highly innovative style—an accomplishment that established him as one of the founders of modern art. Despite his beginnings as a topographical watercolorist and landscape painter who was deeply enthralled by the history and art of the past, Turner proceeded to create a dynamic, inspired and comprehensive testament to his own era. He was not only a witness to modernity, but an interpreter and champion for his generation.

This exhibition is organized by the Kimbell Art Museum in association with Tate Britain and the Museum of Fine Arts, Boston.

Selected works from the African, Ancient American, Asian and European collections are on view in the Louis I. Kahn Building, celebrating the depth, diversity and exceptional quality of the Kimbell’s permanent collection. The new installation assembles works of art in creative and sometimes unexpected juxtapositions—bringing together in one gallery, for example, works from ancient Assyria and Egypt, Buddhist and Hindu sculpture from southeast Asia and a portrait bust from Renaissance Italy. Illuminated by the natural light characteristic of the internationally renowned building designed by architect Louis I. Kahn (1901–1974), these pairings range from the formal and historical to the purely whimsical.

Admission to the Kimbell’s collection is always free. Special exhibiton tickets are $18 for adults, $16 for seniors, students, K–12 teachers and active-duty military, $14 for children ages 6–11, and free for children under 6. Admission is half-price all day on Tuesdays and after 5 p.m. on Fridays.

$3 for Supplemental Nutrition Assistance Program (SNAP) recipients. Show a valid Snap Card at the box office to receive $3 admission for each family member present. Additional discounts do not apply.

The museum’s 1972 building, designed by the American architect Louis I. Kahn, is widely regarded as one of the outstanding architectural achievements of the modern era. A second building, designed by world-renowned Italian architect Renzo Piano, opened in 2013 and now provides space for special exhibitions, dedicated classrooms and a 289-seat auditorium with excellent acoustics for music. For more information, visit kimbellart.org/visit.

Information is subject to change. To confirm hours, dates and prices visit kimbellart.org prior to your visit. 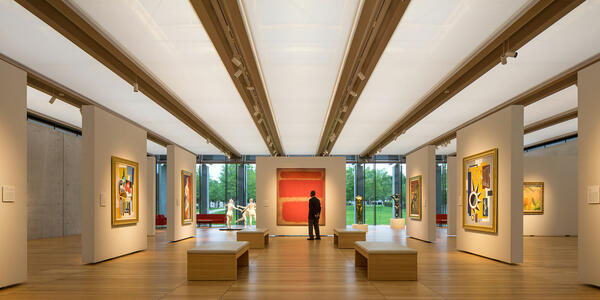