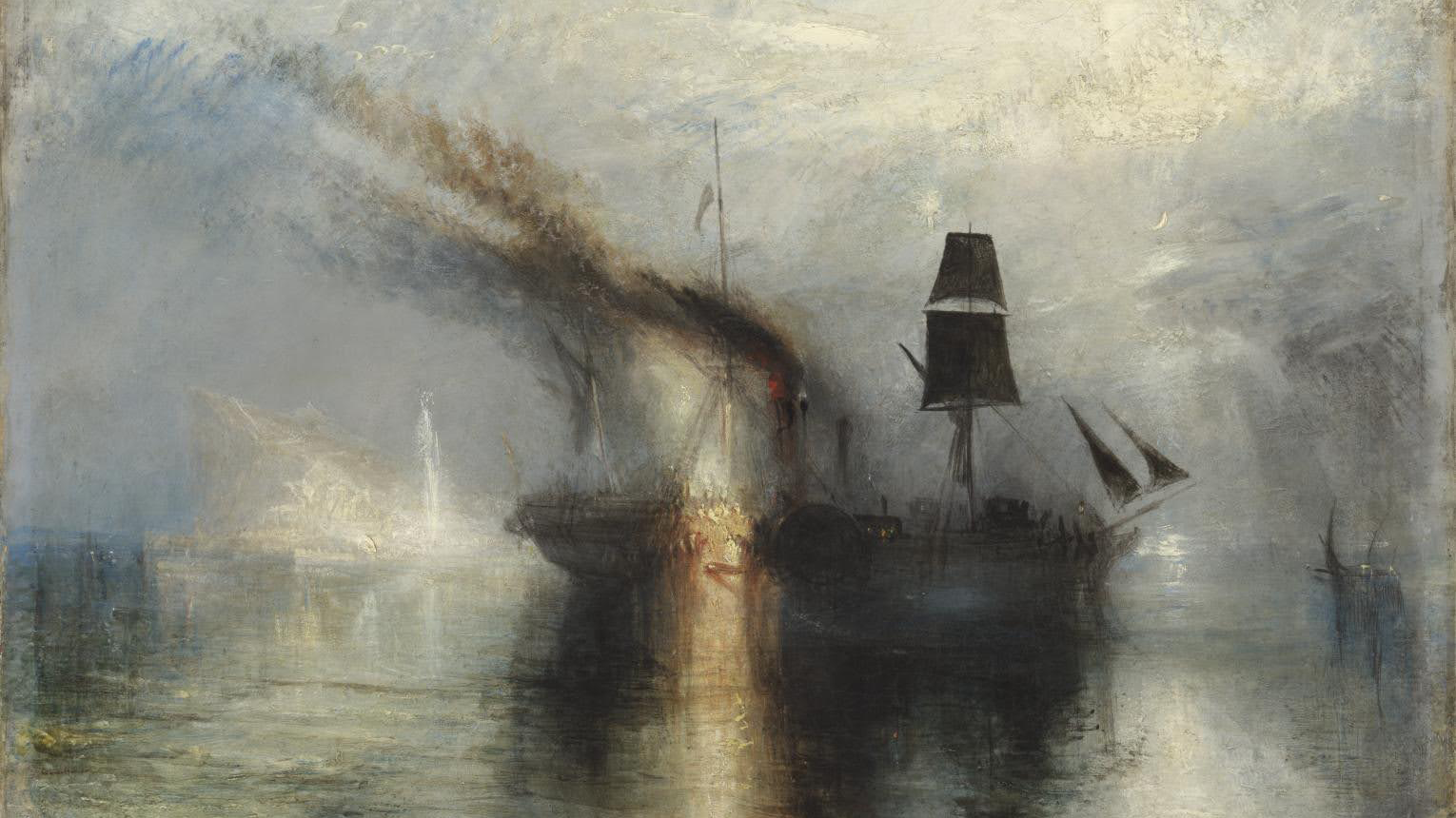 A Modern Painter for a Modern Time—J.M.W Turner's Innovative and Dramatic Paintings to Open at the Kimbell

FORT WORTH, TX— This fall, the Kimbell Art Museum presents the U.S. premiere of Turner’s Modern World, a showcase of paintings by J.M.W. Turner (1775–1851), one of Britain’s greatest artists. Drawn from the collections of Tate Britain, the Museum of Fine Arts, Boston, the Metropolitan Museum of Art, the Cleveland Museum of Art, the Yale Center for British Art and others, the exhibition features more than 100 key works that explore how Britain’s preeminent landscape painter found new, modern ways to interpret the extraordinary events of his time.

“The Kimbell is thrilled to host such major paintings and watercolors by J.M.W. Turner, a towering figure in the history of European art,” said Eric M. Lee, director of the Kimbell Art Museum. “He is renowned as a landscape painter with an astonishing range of mood and atmosphere. In his work, Turner often drew from history, but he was also fully engaged with modernity and a keen observer of current events—from the Napoleonic Wars to the Industrial Revolution—which provided the subject matter for some of his most dramatic compositions.”

Born in the early years of the Industrial Revolution, Turner witnessed spectacular technological innovations and the mechanization of modern life. As the advances of industry and commerce brought Britain to world power, Turner immortalized these rapid changes in vivid and dramatic compositions.

From the 1790s to the end of Turner’s life, Britain’s economic and political fabric underwent continual and far-reaching alterations. Industrial development brought machines to the workplace, made possible the spread of steam power and resulted in a massive redistribution of the rapidly growing population from the country to newly industrialized cities. The speed of change was dizzying.

Turner’s Modern World will explore British life—beginning with the artist’s earliest works, such as The Interior of a Tilt Forge from one of his pocket sketchbooks—and British politics, in such works as The Northampton Election, during the first half of the century. The great land and sea battles of the Napoleonic Wars—Trafalgar and Waterloo—are marked with monumental canvases, meant to bring modern history home to the public.

The advances of industry and commerce that brought Britain to world power—and the limitations of that power—were pictured by Turner in such paintings as Snow Storm – Steam-Boat off a Harbour’s Mouth and Peace – Burial at Sea. Both works were completed in 1842, at a time when Turner had developed a new and radical style of painting, his sweeping compositions achieved with his trademark brushwork—skillful handling of the paint that gave the impression of being wild and uncontrolled.

In his last years, he surpassed his contemporaries by melding his modern-day subjects with this highly innovative style—an accomplishment that established him as one of the founders of modern art. For a painting by Turner to be “modern,” it did not have to depict a contemporary subject: the great painting from the Kimbell’s permanent collection Glaucus and Scylla, for example, tells the ancient myth of a nymph who flees her lover as a vengeful witch transforms him from a sea-god to a monster. The painting’s subject is taken from Ovid; its modernity lies in the way it is painted.

Though Turner began his career as a topographical watercolorist and painter of beautiful scenery, he grew to be one of the greatest innovators of his century—and left behind him dynamic, inspired and comprehensive testament to his own era. He was not only a witness to modernity, but an interpreter and champion for his generation.

“Turner’s Modern World reveals an artist who was determined—to use a phrase we hear often now—‘to be relevant.’ As we look at art from two centuries ago, it is important to remember, as one artist put it, that ‘all art has been contemporary,’” notes George T.M. Shackelford, deputy director and curator for the exhibition at the Kimbell. “Turner’s concern for and depiction of the issues facing British society in his lifetime should strike contemporary audiences as profoundly modern—and profoundly relevant.”

This exhibition is organized by Tate Britain in association with the Kimbell Art Museum and the Museum of Fine Arts, Boston.

This exhibition is supported by an indemnity from the Federal Council on the Arts and the Humanities. Promotional support is provided by American Airlines, NBC 5 and PaperCity.

The curator for the exhibition at the Kimbell Art Museum is George T.M. Shackelford, deputy director.

Admission to Turner’s Modern World is $18 for adults, $16 for seniors, K–12 educators, students and military personnel, $14 for ages 6–11, free for children under 6 and $3 for Supplemental Nutrition Assistance Program (SNAP) recipients. Admission is half-price all day on Tuesdays and after 5 p.m. on Fridays. Admission to the museum’s permanent collection is always free.