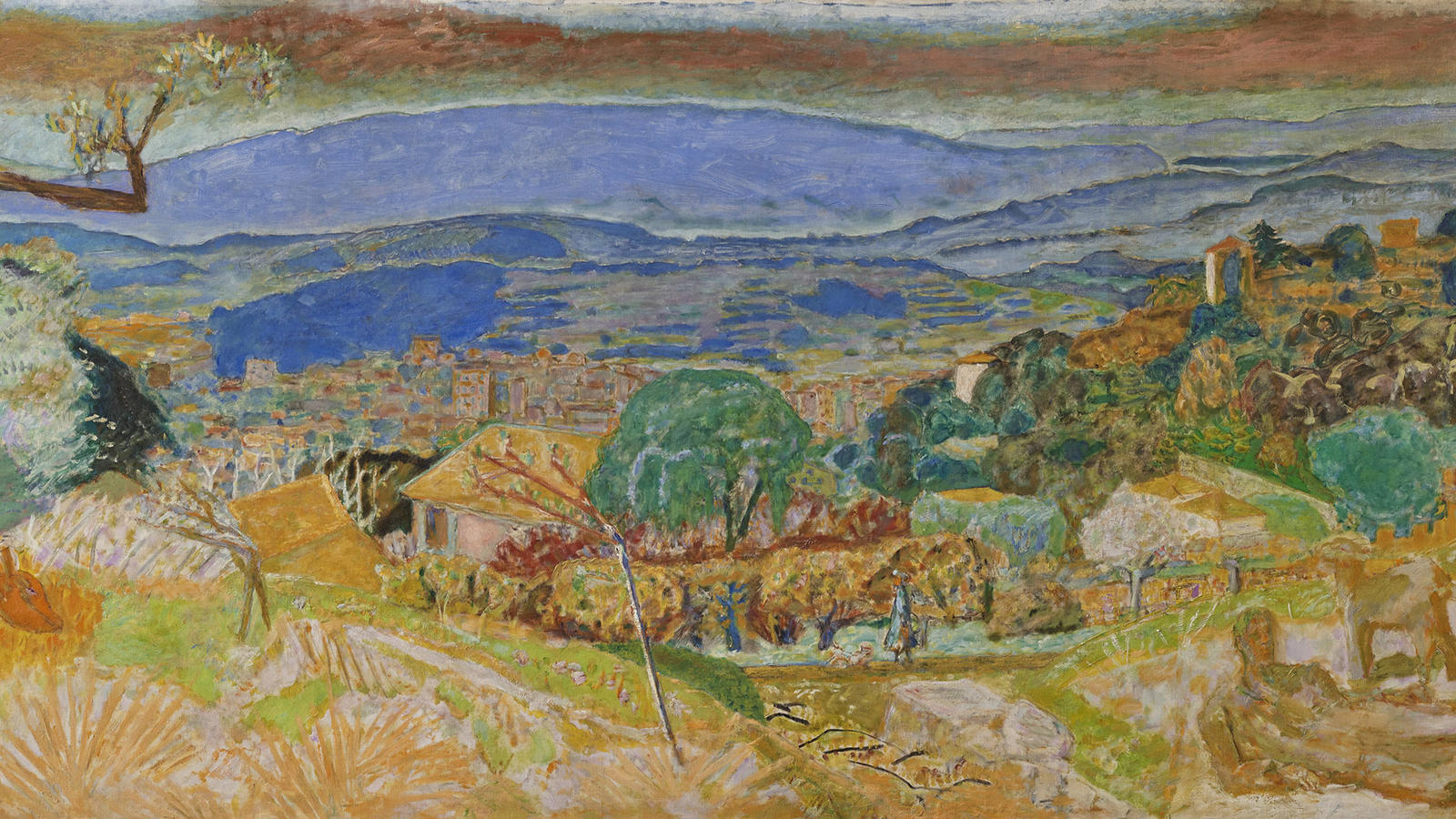 Fort Worth, Texas (August 30, 2018)—The Kimbell Art Museum announced today the acquisition of a major painting by Pierre Bonnard, one of the most admired artists of the twentieth century. Landscape at Le Cannet, the first work by Bonnard to enter the Museum’s collection, was painted in 1928 and depicts the colorful, sun-washed landscape surrounding the artist’s villa near Cannes, in the south of France. Suffused with the brilliant colors of the Cote d’Azur, the large canvas, around nine feet in width, is the latest in a distinguished group of landscape paintings in the Museum’s collection, extending from Bonnard’s beloved Monet and Cézanne back through the centuries to the Italian Renaissance. The Kimbell Art Foundation acquired the painting in honor of Kay Fortson, its president from 1975 through 2017. Landscape at Le Cannet is on view tomorrow, Friday, August 31, in the Kimbell’s Louis I. Kahn Building. Admission to view the Museum’s collection is always free.

“In Landscape at Le Cannet, Bonnard portrays the landscape around his villa as an Earthly paradise, with human beings in harmony with nature,” commented Eric M. Lee, director of the Kimbell. “The painting, with its intense Mediterranean light and color, will look spectacular in the Texas light of the Kimbell.”

Pierre Bonnard’s beginnings were influenced by the sinuous lines and hues of Paul Gauguin, and his late works inspired Mark Rothko, the ultimate colorist of the abstract age. He is known for his scenes of daily life, centering on his own extended family; for his complex depictions of interiors, often inhabited by his wife, Marthe; for his depictions of Marthe at her toilette or in her bath; and, finally, for his landscapes, which depict with equal joy his garden at Vernon in Normandy and his house and its environs at Le Cannet.

Among the last, Landscape at Le Cannet is the most ambitious depiction of the world that was the central setting in Bonnard’s art for the final decades of his life. Taking a position on the hill above his home, which he had christened “Le Bosquet” for the grove of trees that surrounded it, Bonnard looked to the west, toward the Esterel mountains. The roof of Le Bosquet, near the tree at center of the composition, gives a sense of Bonnard’s personal scale in the context of the panorama; the two hillocks in the foreground fall towards the pathway that borders the rear of Bonnard’s property, where a girl and her dog can be seen passing by. Bonnard places himself in the right foreground, beside a pair of goats; a cow stands among spiky plants at the other side of the canvas. The whole composition is suffused with warm light and with a rainbow-like array of colors, from reds and oranges through the dominant yellow hue to shades of green, blue and violet.

The painting is first recorded hanging on the wall in Bonnard’s Paris apartment in 1930. His friend Édouard Vuillard painted a portrait there of Bonnard’s city studio, showing the artist looking intently at Landscape at Le Cannet.

Born in a Parisian suburb in 1867, Bonnard began his career studying law but soon left to pursue art at the Académie Julian in Paris. There, he and a group of classmates, including his lifelong friend Vuillard, founded the avant-garde group Les Nabis (the prophets). Rebelling against Impressionism and classical art, these Postimpressionist painters were influenced by Gauguin’s experimental use of color and the aesthetics of Japanese prints. Bonnard, dubbed “the Japanesque Nabi,” was perhaps the most swayed by Japanese art—evident in the two-dimensionality of his work and his bold patches of color interspersed with almost vibrant blacks. He became immersed in the Parisian vanguard after achieving early success as a graphic designer and book illustrator, which lead to a successful foray into the decorative arts, including designs for textiles and theatrical décors.

Bonnard traveled extensively throughout Europe and even North Africa, but it was the south of France that would greatly inform his late career. His first visit was in 1904, to call upon the painter Paul Signac in Saint-Tropez. In subsequent years, he painted at Cagnes-sur-Mer, the home of Pierre Renoir, as well as in Grasse and in towns along the coast. It was not until 1926 that he purchased a property near the village of Le Cannet, seeking in the warm climate of the French Riviera an environment that would be good for the health of his wife, Marthe. Originally consisting of little more than a typical, small house, the property was enlarged by the purchase of neighboring land, and Bonnard constructed a garden with a terrace. From the terrace or from the windows of the house, he could see the tiled roofs of Le Cannet below, sitting minutes north of the resort town of Cannes.

From the 1920s, Bonnard had reached his mature style and found great success as a painter. He exhibited often throughout France and the United States, including a major exhibition, with Vuillard, in 1938 at the Art institute of Chicago. A major retrospective planned by the Museum of Modern Art, New York, opened posthumously in 1948, in honor of Bonnard’s 80th anniversary.