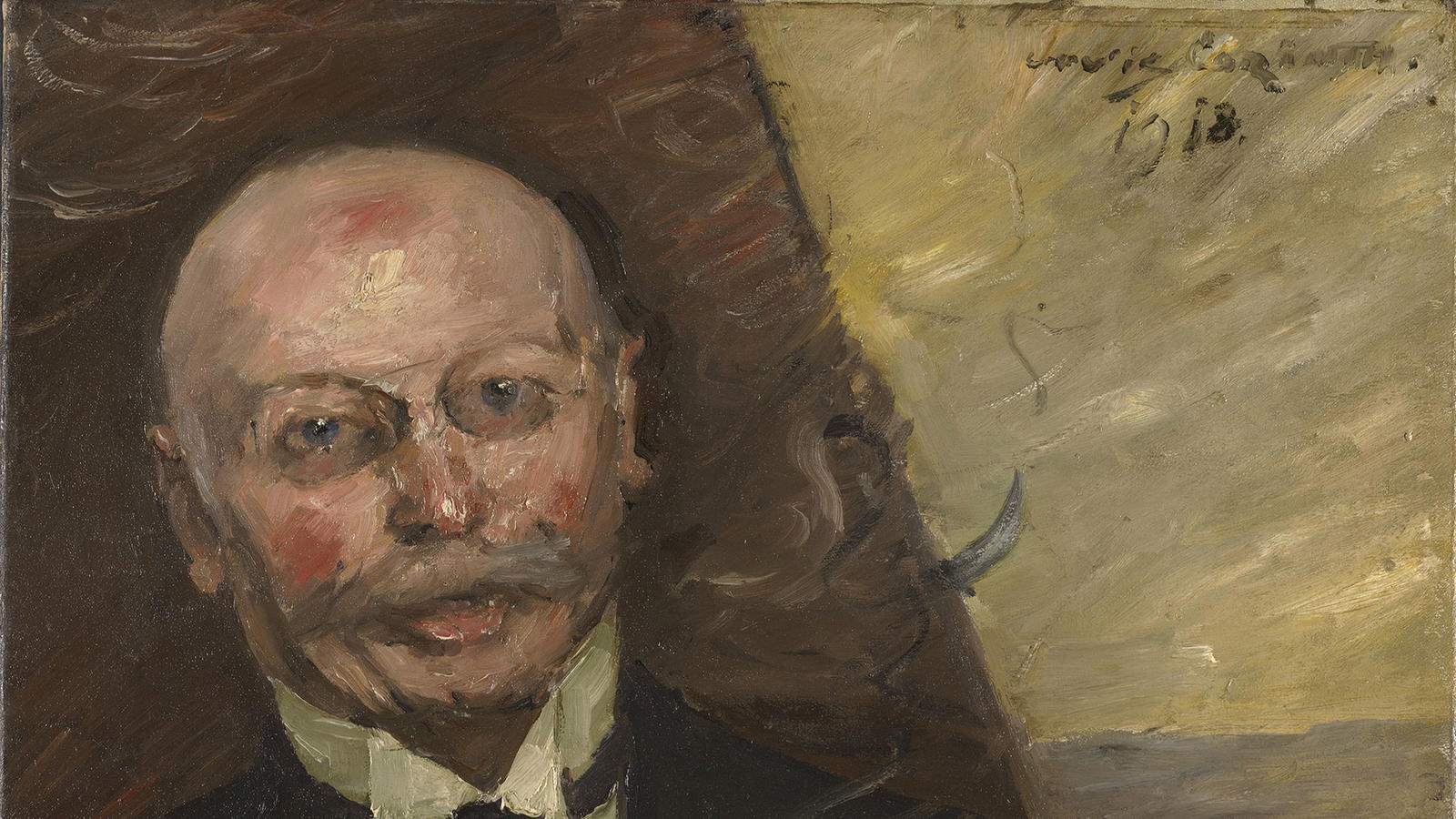 FORT WORTH, TX—The Kimbell Art Museum announces today the acquisition of Portrait of the Art Dealer Heinrich Thannhauser, 1918, a remarkable work by one of the most important modern German painters, Lovis Corinth. A leading figure painter whose career spanned the 19th and 20th centuries, Corinth is famous for his masterful draftsmanship and vigorous brushwork. Portrait of the Art Dealer Heinrich Thannhauser is currently on display in the Kimbell’s Louis I. Kahn Building. Admission is free.

“The portrait of Thannhauser commands attention in the galleries among seminal works of modernism,” commented Eric M. Lee, director of the Kimbell Art Museum. “The Kimbell owns very few works by German artists, and this painting by Corinth represents a significant addition, bringing representation, through one of its major proponents, to a culture that was vital in the years around World War I.”

Corinth, born Franz Heinrich Louis Corinth in East Prussia, is best known for a distinctive blend of impressionism and expressionism. The son of a tanner, he grew up on his family’s farm and later lived with his widowed aunt, who was fond of story-telling and had many colorful acquaintances, including fortune-tellers and soothsayers. Corinth’s experiences with them stimulated his imagination and love of anecdote and played an important role in the theatrical nature of his later paintings. Corinth pursued his artistic training throughout Europe, including in Munich, Antwerp and Paris, and in 1902 he permanently settled in Berlin. There he found a society welcoming of his theatricality and the forcefulness of his painting style. In Berlin, he became affiliated with the distinguished Paul Cassirer gallery and at the same time established a profitable art school for women. He also joined the Berlin Secession group, later succeeding Max Liebermann as the group's president.

In 1911, Corinth suffered a stroke that caused paralysis to the left side of his body. This grave event, strangely enough, seems to have led to his paintings becoming increasingly expressionistic and to the creation of the most noteworthy masterpieces of his career. Although he worked in history painting, landscape and still life, among his most significant works are portraits of his fellow Germans and the self-portraits that he completed every year, around his birthday. In Germany, he is revered as one of the great heroes of modern times and as a critical figure in the history of German Expressionism: artists from Kirchner to Beckmann to Baselitz have drawn inspiration from his paintings. In the United States, his prolific graphic art is collected in depth, but oil paintings are rare. Great canvases can be found at the Milwaukee Art Museum, the Harvard Art Museums and the Museum of Modern Art, New York.

“Among Lovis Corinth’s masterworks in public collections, the Portrait of the Art Dealer Heinrich Thannhauser stands out for its almost heroic presentation of a figure who seems both approachable and vibrantly present in real time. It’s not a surprise to learn that Corinth painted the likeness in half a day,” said George T.M. Shackelford, Kimbell deputy director.

Heinrich Thannhauser began his career as a draper and tailor before founding an art gallery in Munich in 1904. The gallery hosted a landmark exhibition of more than 90 works by Vincent van Gogh in 1908. From 1909, Thannhauser’s Moderne Galerie was at the forefront of culture. In addition to showing French impressionist and post-impressionist paintings, the gallery displayed works by German painters, including Max Oppenheimer, Liebermann and Corinth. In 1911, Thannhauser organized, with Wassily Kandinsky and Franz Marc, the first exhibition of the Expressionist group Der Blaue Reiter (“The Blue Rider”), which—along with the Dresden/Berlin group Die Brücke (“The Bridge”)—would come to dominate the history of early modern German art. These painters, as well as the Italian Futurists, became a focus of the gallery around 1913, around the time that Thannhauser participated in the first major modern exhibition in the United States, the famous “Armory Show.” In the same year, he presented the first comprehensive exhibition outside France of the works of Pablo Picasso—who was then still in the throes of his Cubist explorations.

Heinrich’s son, Justin Thannhauser, opened a second branch of the gallery in Lucerne, Switzerland in 1919; a Berlin gallery was launched in 1927. In 1934, however, increasing anti-Semitism and Nazi sanctions against the “degenerate art” his gallery promoted led Heinrich to flee Germany. Justin—who had also left Germany to escape the Nazi regime, settling in New York—eventually bequeathed the essential works of early modern masters from his family’s collection to the Guggenheim Museum, New York.

Lovis Corinth’s portrait of Heinrich Thannhauser expresses the energy and intellect that made the man such a successful dealer. Of all the artist’s portraits, this one may be the most abstract in terms of its composition. Poised against a geometric background of browns and whites, the sitter’s black and white costume pushes his body forward. His overscale head dominates the composition: a rosy complexion is accompanied by a bristling moustache, clear and deep blue eyes behind the barely indicated lenses of his glasses and a sprightly expression. Corinth’s genius with a brush is apparent in the deliberate touches of white here and there—on a metallic watch, on the ash of a cigar or on a shining eye—and in the trails of a brush dragged through wet paint to record the wafting smoke of the sitter’s ever-present cigar. Corinth built up his picture using a limited number of layers with apparent efficiency and speed. In excellent condition, the painting retains its crisp impasto. His rapid technique accords with the fact that he was painting directly in front of the live model.

The painting remained with the family of Thannhouser until 2016 and was acquired by the Kimbell Art Museum through Galerie Arnoldi-Livie, Munich.

Images and further press information are available upon request

Collection of the Kimbell Art Museum

*Admission is always FREE to view the Museum’s permanent collection. 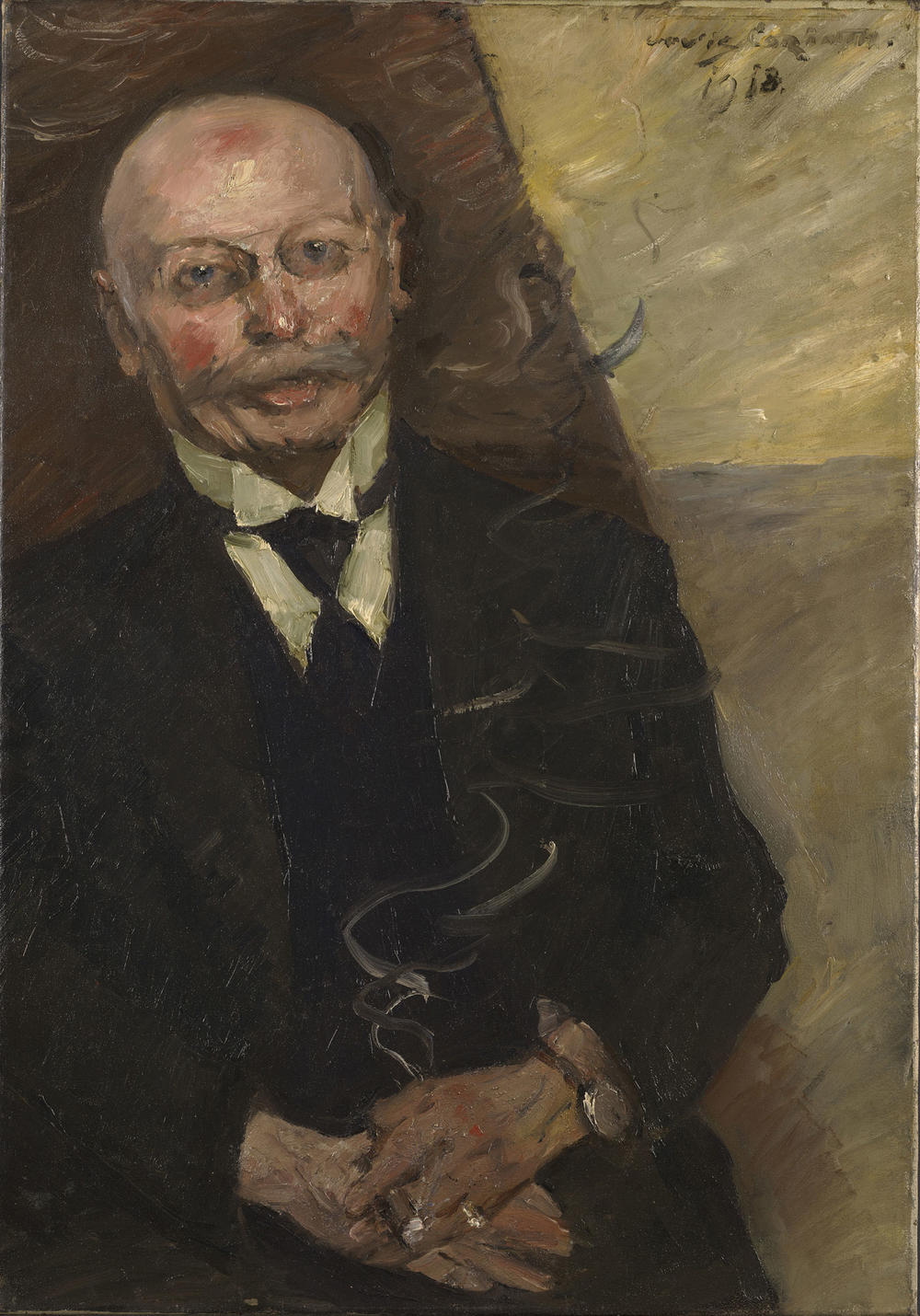