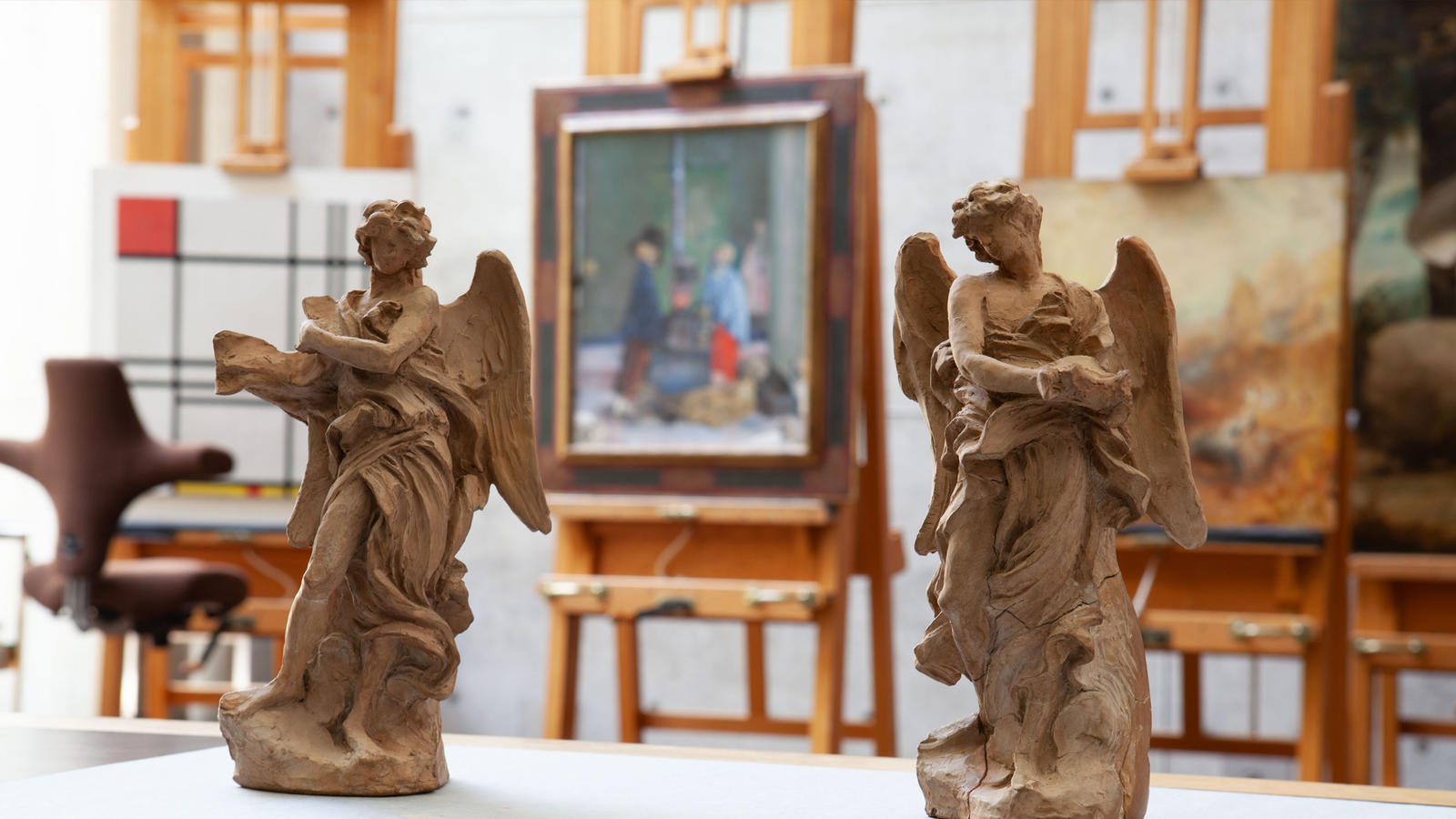 As the former associate conservator for paintings at the Kimbell Art Museum, Van de Moortel has overseen the preservation and conservation of selected works from the Kimbell’s permanent collection as well as from the Amon Carter Museum of American Art, the Modern Art Museum of Fort Worth and other museums and private collections. His examinations of Portrait of the Art Dealer Heinrich Thannhauser by Lovis Corinth and Still Life with Mackerel by Anne Vallayer-Coster led to their acquisition into the Kimbell’s collection in 2017 and 2019, respectively.

“I am especially delighted that we have found within the Kimbell’s own ranks the right person to lead the conservation department through the next chapter of its distinguished history,” said Eric M. Lee, director of the Kimbell Art Museum. “In the four years Peter has worked at the Kimbell, he has proven himself to be one of the outstanding conservators of his generation. The department will no doubt flourish under his leadership.”

While the Kimbell’s conservation studio primarily cares for the museum’s internationally renowned permanent collection, it also serves as a critical resource for the North Texas museum community and other museums and private collections across the country. Since his arrival at the Kimbell in 2017, Van de Moortel has treated and examined works by artists including Girolamo Romanino, Nicolas Lancret and John Sloan and has conducted technical research on paintings by Winslow Homer, Frederic Remington, Salvador Dalí and Francisco de Zurbarán.

“During my four years in Fort Worth, I have come to know the Kimbell as a supportive environment with an incredible collection and staff,” said Van de Moortel. “I am very grateful to the museum leadership for their trust and confidence, and I look forward to aiding in the museum’s success going forward.”

Prior to joining the Kimbell, Van de Moortel was a Sherman Fairchild Fellow in paintings conservation at the Metropolitan Museum of Art in New York and held postgraduate positions at the Royal Museum of Fine Arts Antwerp, Belgium; the Royal Institute for Cultural Heritage in Brussels, Belgium; and the Stichting Restauratie Atelier Limburg in Maastricht, The Netherlands.

ABOUT THE CONSERVATION DEPARTMENT

Prior to the construction of the Louis I. Kahn Building, founders Kay and Velma Kimbell envisioned a conservation program to “preserve for future generations what has been entrusted to its care.” The pre-architectural program, dated 1966, called for a conservation studio with an “open studio work area” with the caveat: “must face north, with entire wall glazed; it is impossible to get enough light in this room!” With the building’s completion in 1972, the paintings conservation studio became one of the first purpose-built museum conservation studios in the United States.

The museum’s 1972 building, designed by the American architect Louis I. Kahn, is widely regarded as one of the outstanding architectural achievements of the modern era. A second building, designed by world-renowned Italian architect Renzo Piano, opened in 2013 and now provides space for special exhibitions, dedicated classrooms and a 289-seat auditorium with excellent acoustics for music.