The Kimbell Art Museum is celebrating a half century of excellence! 50 years after it first opened to the public on October 4, 1972, the Kahn Building remains a feat of modern architecture, as its timeless design continues to provide an exceptional setting for our collection of masterpieces. As we celebrate this October 4, join us for our anniversary week festivities.

The Archetypes of Anniversary Week: Which One are You?

On October 4, kick off anniversary week with the reception and opening of The Kimbell at 50 special exhibition. Birthday cake and champagne will be served in the Kahn west lobby at noon. Cheers!

Head to the Kimbell during our Family Festival on October 8 for a variety of food options from the Kimbell Café and local vendors, including Magdalena's, Heim Barbecue, Melt Ice Cream, and more.

End the week at half-priced Happy Hour in the Piano Pavilion lobby with live music from the Allegro Guitar Society on Friday, October 7, from 5 to 7 pm.

Swing by our Family Festival on October 8 for performances by featured guest artists like local musical group Cotinga and the soulful international sensation Abraham Alexander with his band. Other festival day performances include: The Flame Foundation Flamenco Performers, Storyteller Toni Simmons, Moving Myths of India with Anuradha Naimpally, and Dondoko Taiko Drummers.

Artists of all ages are invited to participate in the open studios Kimbell Details: Watercolor Paintings, on October 5, and Trick or Treasure: Book Making, on October 6, in our education studios.

Art appreciators can see the special exhibition Murillo: From Heaven to Earth for free all week long. Anniversary week will also be the last opportunity to see the free focus exhibition SLAY: Artemisia Gentileschi and Kehinde Wiley, which closes on October 9. As always, our permanent collection is free and open to the public during museum hours.

On October 5 and 6, catch a docent-guided tour of the Piano Pavilion or Kahn Building and revel in the renowned designs of the Kimbell’s buildings. Then, admire our new acquisitions, three pastel and charcoal drawings by architect Louis I. Kahn, on view in the anniversary exhibition, The Kimbell at 50. These exquisite sketches were created by the architect while traveling in Italy, Egypt, and Greece during his tenure as Architect in Residence at the American Academy in Rome (1950–51).

The Kimbell will screen vintage and recent documentary films about Renzo Piano and Louis I. Kahn on October 5 and 6 to celebrate their journeys as experts of their craft. For more information about the films and showtimes visit our calendar or kimbellart.org/50.

During the Family Festival on October 8, art-making stations across the campus will feature origami stars, mixed-media wearable art, still-life drawing, and more! Additional highlights will include face painting, sketching expeditions, and family tours. Create a lasting memory for the whole family with Art by Sam caricatures or golden hour portrait photographs in the Noguchi Garden. 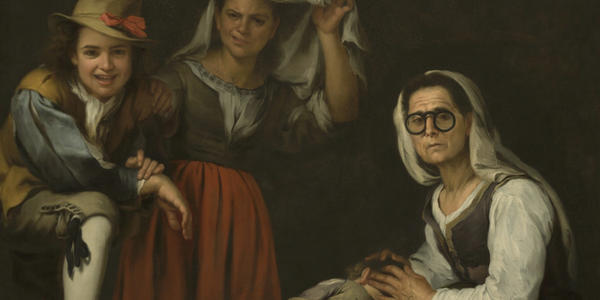 Exhibition
Murillo: From Heaven to Earth 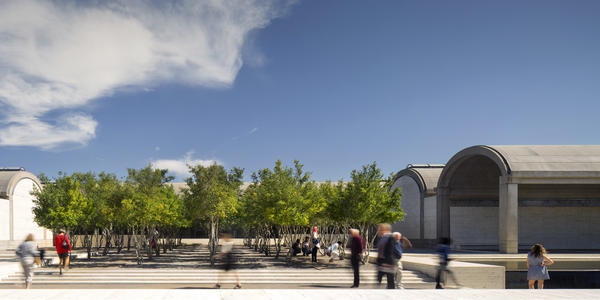 Exhibition
The Kimbell at 50 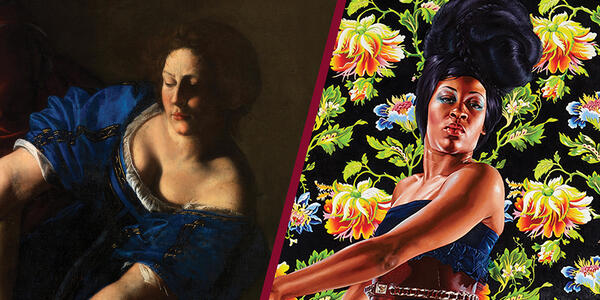 Exhibition
SLAY
Back to top