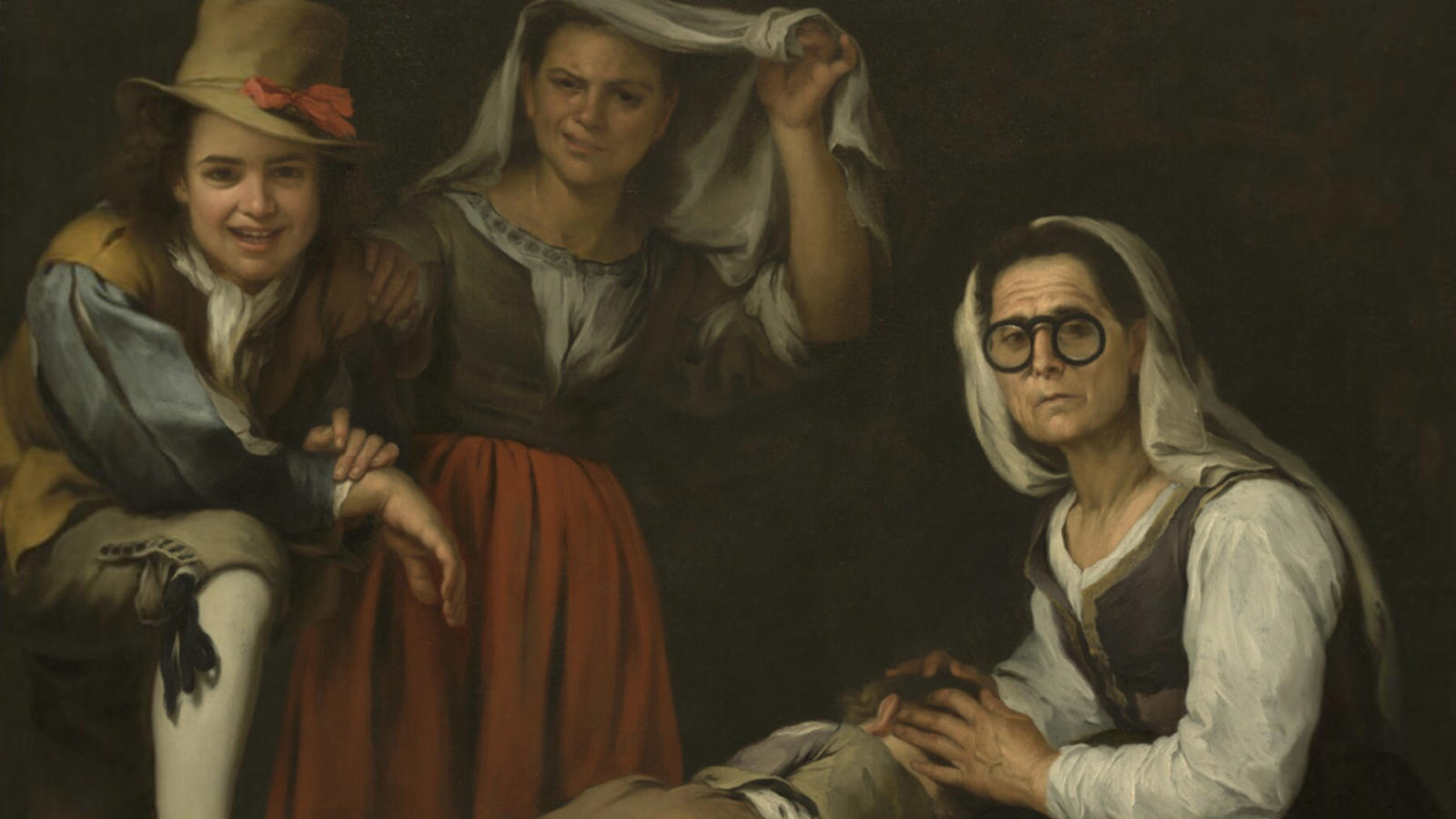 Murillo: From Heaven to Earth

The Kimbell Art Museum presents Murillo: From Heaven to Earth, a comprehensive exhibition of works by Spanish Golden Age painter Bartolomé Esteban Murillo (1617–1682). The leading religious painter of Seville during his time, Murillo is primarily known for his depictions of the life of Christ, Christian saints, and other Biblical scenes, including monumental paintings of the Virgin in celestial glory. While Murillo: From Heaven to Earth includes a number of these religious paintings, its focus is instead on his earthly pictures of secular subjects and representations of everyday life in the 17th century, which constitute some of the artist’s most iconic pictures. Guillaume Kientz, director of the Hispanic Society Museum and Library in New York and former curator of European art at the Kimbell, serves as curator for the exhibition, which will be seen only at the Kimbell. On view from September 18 through January 29, 2023, the show will feature 50 paintings organized around concepts of youth and age, comedy, romance and seduction, compassion, narrative, and modern realism.

Murillo: From Heaven to Earth is the largest gathering of paintings in the United States by the artist since the Kimbell’s 2002 exhibition, Bartolomé Esteban Murillo, 1617–1682: Paintings from American Collections, and expands the scope of the focused exhibitions on the artist’s portraits (Frick Collection, 2017) and the New Testament narrative of the Prodigal Son (Meadows Museum, 2022). The show is inspired by the Murillo masterpiece Four Figures on a Step, which was acquired by the Kimbell in 1984 and is one of the museum’s most compelling and enigmatic paintings. A rare work in Murillo’s oeuvre, the image depicts street life in Seville with an unsettling cast of characters. In contrast to his iconographic works, Murillo’s intimate depictions of the poor and narratives of charity embody a culture—both visual and literary, stretching from Northern Europe to Spain—that would, for the first time in modern history, make the lower classes the main subjects of its pictorial narratives and written tales.

“Murillo’s depictions of everyday scenes are especially remarkable because they have no real precedent in Spain,” said Eric M. Lee, director of the Kimbell Art Museum. “The show hopes to shed new light on these paintings’ complex meanings, revealing their importance in their own time and suggesting their relevance in our own.”

This exhibition brings together some of Murillo’s most exceptional and unusual genre scenes from collections worldwide, including San Diego de Alcala and the Poor from the Real Academia in Madrid, the National Gallery of Art’s Two Women at a Window, and the Young Beggar, on loan from the Musée du Louvre, Paris. A number of religious scenes in which emphatic realism advances the Biblical narrative are included, among them the Marriage Feast at Cana from the Barber Institute, Birmingham, England. The exhibition will also feature another aspect of Murillo’s engagement with contemporary reality—the magnificent, and very worldly, portraits of Spanish clergymen, merchants, and aristocrats who went to the painter for a commemoration of their earthly success and power.

“While his predecessors achieved a revolution in grounding their art into reality via faithful observation and rendering, Murillo blurs the lines and challenges the boundaries between sacred and secular, earthly and heavenly,” says Guillaume Kientz.

The exhibition will be accompanied by a richly illustrated catalogue with essays and commentaries by leading scholars of Spanish art and culture: Guillaume Kientz, director of the Hispanic Society Museum and Library; Ronni Baer, Allen R. Adler, Class of 1967, Distinguished Curator and Lecturer in the Department of Art and Archaeology at Princeton University; Madeleine Haddon, teaching fellow at Edinburgh University; Fernando Loffredo, assistant professor in the Department of Hispanic Languages and Literature at Stony Brook University; and Xavier F. Salomon, deputy director and Peter Jay Sharp Chief Curator at the Frick Collection, New York. The Kimbell is pleased to offer free admission to Murillo: From Heaven to Earth during its 50th anniversary week, from October 4 through October 9.

This exhibition is organized by the Kimbell Art Museum.

The Kimbell is supported in part by Arts Fort Worth, the Texas Commission on the Arts and the National Endowment for the Arts. Promotional support is provided by American Airlines, NBC5 and PaperCity.

Admission to Murillo: From Heaven to Earth is $18 for adults, $16 for seniors, K–12 educators, students and military personnel, $14 for ages 6–11, free for children under 6 and $3 for Supplemental Nutrition Assistance Program (SNAP) recipients. Admission is half-price all day on Tuesdays and after 5 p.m. on Fridays. Admission to the museum’s permanent collection is always free.