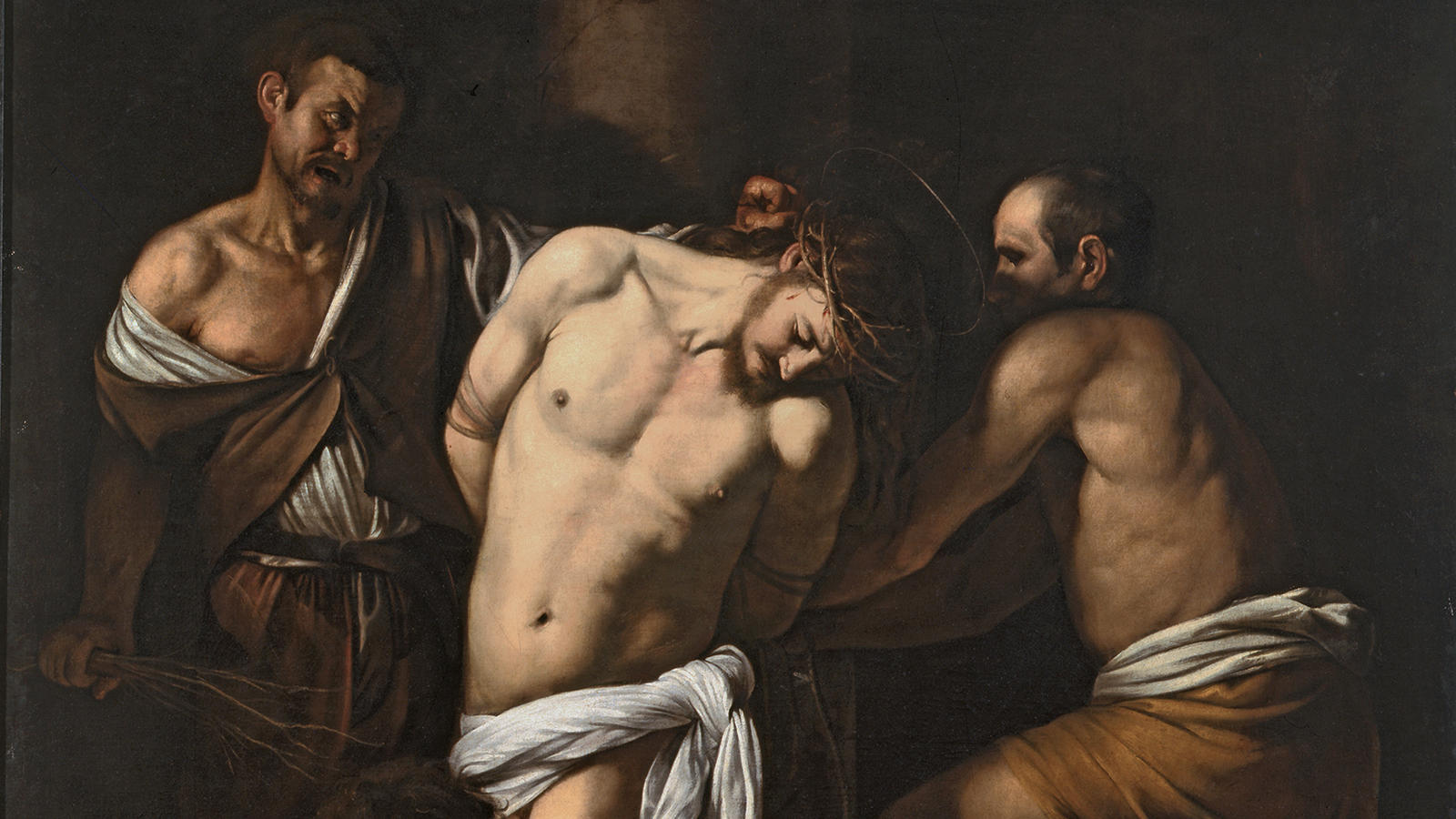 Flesh and Blood will feature nearly forty masterpieces from the Capodimonte Museum in Naples, one of the most important fine arts collections in Italy

FORT WORTH, Texas (February 6, 2020)
The Kimbell will display Caravaggio’s celebrated Flagellation of Christ as a guest of honor in the upcoming exhibition Flesh and Blood: Italian Masterpieces from the Capodimonte Museum. Profoundly shocking yet gently poignant, The Flagellation of Christ was painted by Michelangelo Merisi, known as Caravaggio (1571–1610), for a Naples private chapel in 1607, and for nearly fifty years it has been on view at the city’s Museo e Real Bosco di Capodimonte. The work is among Caravaggio’s most mature paintings, combining his signature tenebrism, sculptural solidity, realistic details and physical beauty. The scene contrasts the unleashed violence of the persecutors and the peaceful resignation of the suffering Christ.

“We are immensely grateful to the Museo e Real Bosco di Capodimonte, one of the most spectacular collections in Italy, and to the Fondo Edifici di Culto del Ministero degli Interni (the Foundation for Religious Buildings) for this unprecedented Caravaggio loan to our special exhibition,” commented Eric M. Lee, director of the Kimbell Art Museum. “The Flagellation of Christ is one of Caravaggio’s greatest artistic achievements and a pinnacle of religious painting. We are thrilled that between March 1 and June 14, Kimbell visitors will have the rare opportunity to view two distinctly different paintings by the Italian master—one the 1607 Flagellation in the special exhibition and the other the 1595 Cardsharps in our own permanent collection.”

In his Flagellation, conceived as a sacred altarpiece, Caravaggio depicts an emotional and tense human moment of impending brutality. By placing Christ in a brilliant shaft of light, Caravaggio focuses the composition on Christ’s expression and painful posture. The opposition between the anatomical perfection of Christ’s body, bathed by light, and the anger and ugliness of the shadowed men who torture him engages the viewer’s sensibility in empathic condemnation of such cruelty. In this and other works, Caravaggio ushered in the new B­aroque style of painting by stripping away unnecessary figures and details—popular in Renaissance painting—and focusing on human feeling. The Flagellation of Christ features only four figures and a single column: its simplicity concentrates its emotional power.

The de Franchis family commissioned The Flagellation of Christ as an altarpiece for their chapel in the Church of SanDomenico Maggiore in Naples (property of the Fondo Edifici di Culto del Ministero degli Interni), where it was on view for more than 300 years. Naples was a haven for European artists and patrons in 17th-century Italy. Caravaggio, a controversial figure, had fled there from Rome as an outlaw after killing a rival. Protected by the powerful Colonna family, he lived and worked in Naples on two separate occasions in his short life and perfected there his signature chiaroscuro technique—literally the mastery of “light and shadow.” Caravaggio was influential throughout Europe, but the works he produced in the cosmopolitan city of Naples served to spread his fame, to cement his legacy in the history of European art and to inaugurate a new Neapolitan figurative style.

“There is no other artist like Caravaggio,” said Guillaume Kientz, curator of European art at the Kimbell. “His paintings are among the most ambitious and, at the same time, the most approachable of all artistic achievements, speaking directly to viewers’ eyes and hearts. His work has inspired generations of artists throughout Europe, and his influence is still felt today. The reason for that, I suppose, is his deep understanding of the reality of both the human soul and human body. He manages to turn religious martyrdom into a human drama and to give human drama a divine dimension and dignity, so that viewers can identify with the figures of his composition in their suffering and in their grace. He touches both the human and divine part in us.”

FLESH AND BLOOD: ITALIAN MASTERPIECES FROM THE CAPODIMONTE MUSEUM
The breathtaking special exhibition Flesh and Blood features 40 masterpieces from the Museo e Real Bosco di Capodimonte in Naples, one of the most important art collections in Italy. This monumental gathering of paintings is a journey through the major artistic achievements of Italian Renaissance and Baroque painting—featuring captivating stories, from Christian martyrdom to mythological passion, from the intimacy of private devotion to the grandeur of state portraiture. The exhibition includes paintings by some of the greatest artists of the 16th and 17th centuries, including Titian, Caravaggio, Raphael, Parmigianino, El Greco, Annibale Carracci, Artemisia Gentileschi, Guido Reni, Jusepe de Ribera and Luca Giordano. Their masterful paintings can be imposing or intimate, violent or tender, extravagant or humble, tragic or even seductive.

The exhibition is organized by the Museo e Real Bosco di Capodimonte, Naples, the Kimbell Art Museum, the Seattle Art Museum and MondoMostre. Promotional support is provided by American Airlines, NBC 5 and PaperCity.

Kimbell Art Museum
The Kimbell Art Museum, owned and operated by the Kimbell Art Foundation, is internationally renowned for both its collections and its architecture. The Kimbell's collections range in period from antiquity to the 20th century and include European masterpieces by artists such as Fra Angelico, Michelangelo, Caravaggio, Poussin, Velázquez, Monet, Picasso and Matisse; important collections of Egyptian and classical antiquities; and the art of Asia, Africa and the Ancient Americas. 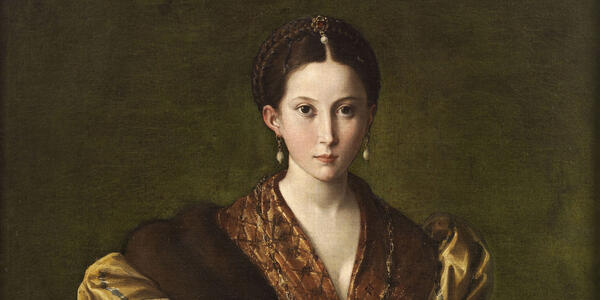 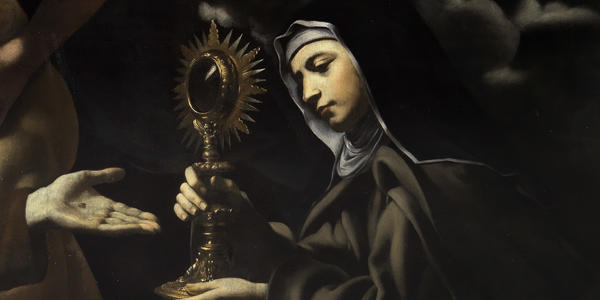 NEWS
NEWS: Flesh and Blood: Italian Masterpieces from the Capodimonte Museum
Back to top