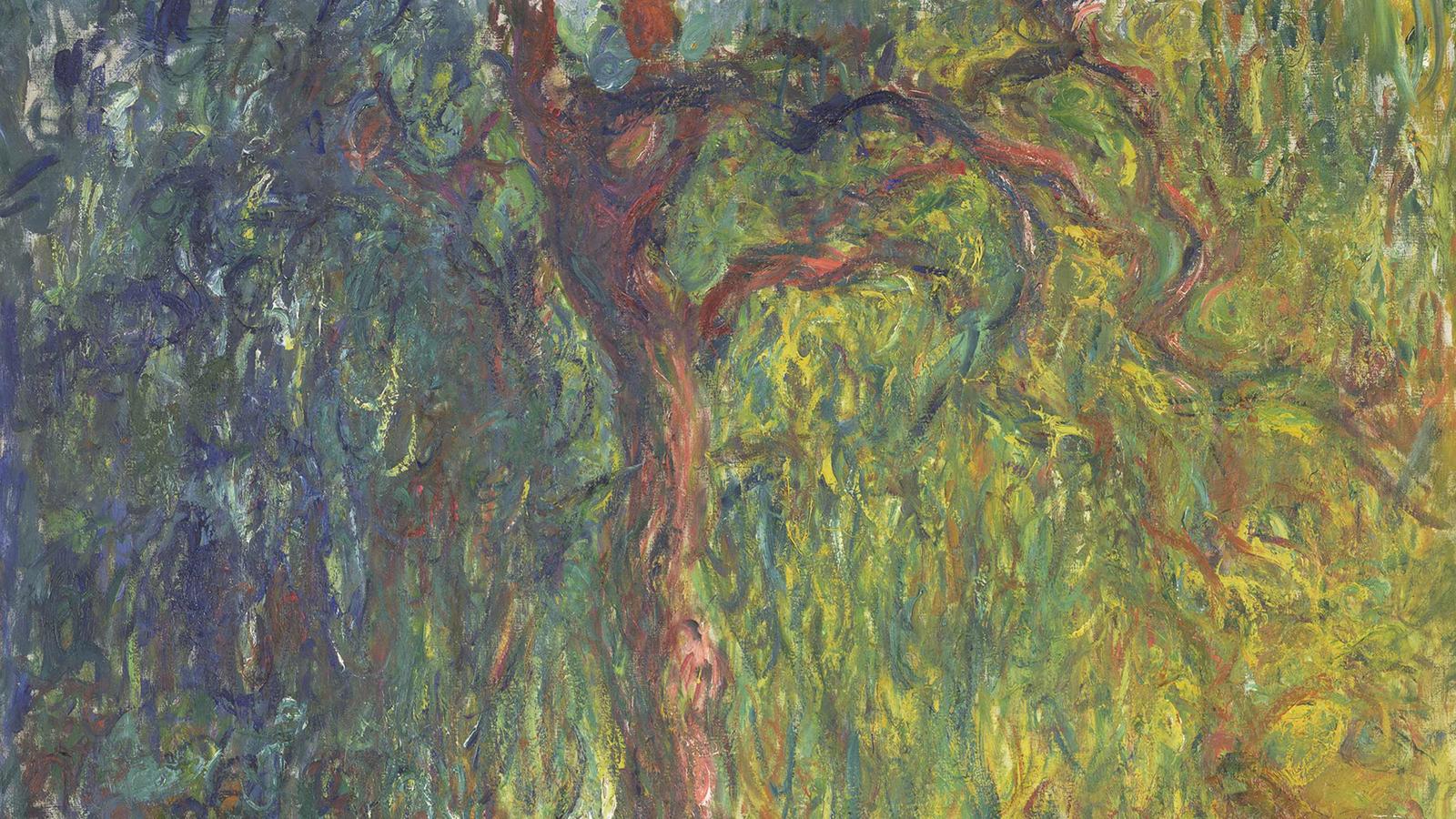 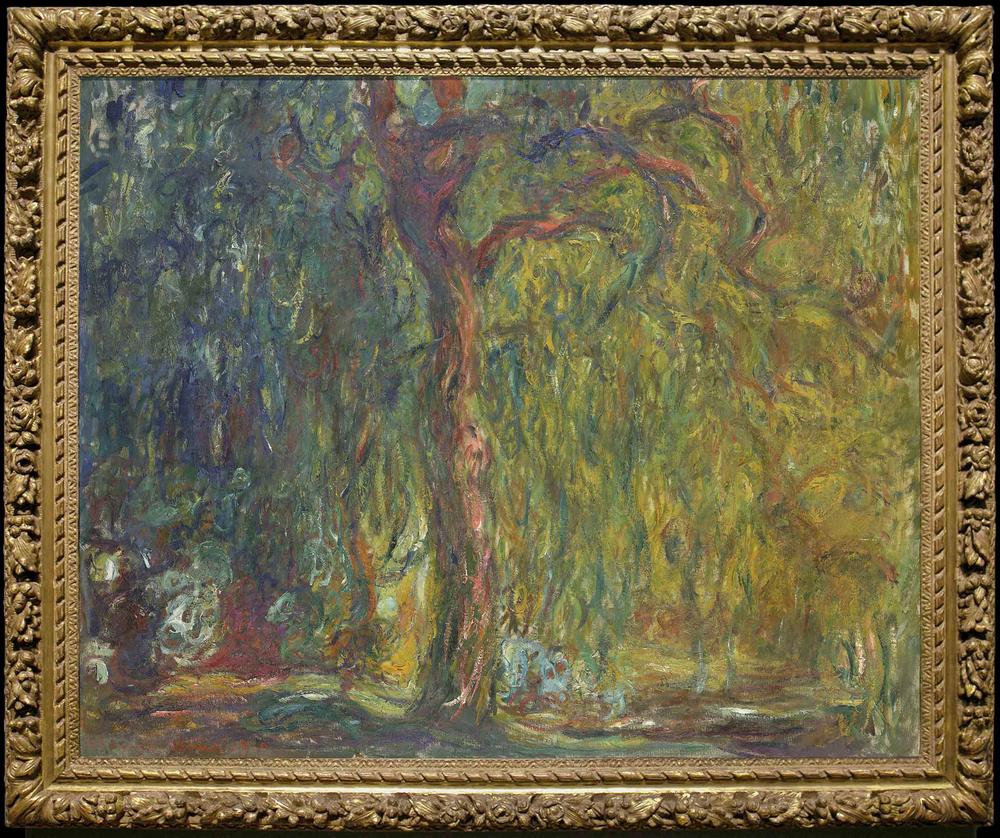 FORT WORTH, TEXAS (June 4, 2019)—  The Kimbell Art Museum is pleased to announce the acquisition of a 17th-century giltwood frame for Claude Monet’s Weeping Willow, the inspiration for the internationally acclaimed special exhibition Monet: The Late Years, opening at the Kimbell on June 16. The acquisition was made possible by a generous grant from the Bank of America Art Conservation Project.

Although often overlooked, a frame serves to protect the work within and to facilitate its presentation in the setting where it is displayed. Over the years, new frame styles have evolved in accordance with the taste and décor of the era. Original frames are often discarded for those in keeping with modernized interiors. Careful consideration is given to the selection of frames for artworks in the Kimbell’s collection, both to respect a painting’s historical context and to enhance or complement the interpretation of the painting itself.

From a conservation perspective, the painting was, and is today, in extraordinary condition, but we now know that the frame in which it has been presented was not how Monet chose to display the work. With the help of this historic photograph of Monet’s studio, featuring the artist and the Duc de Trèvise next to the Kimbell’s Weeping Willow, its original frame was identified as a Louis XIII–style 17th-century, low-profile, gilded frame.

“We know Monet cared about the frames that went on his paintings—he’s careful to tell his dealers he wants them back—but he doesn’t say much directly,” said Kimbell deputy director George T. M. Shackelford, curator of Monet: The Late Years. “From the frames that we know to be original, we can discern his preference for traditional moldings used in innovative ways and his tendency to choose a profile that was relatively narrow.”

After an extensive search in New York, London and Paris, the Kimbell purchased an antique frame from Arnold Wiggins & Sons of London. The Louis XIII–period carved and gilded oak frame, made about 1680, features a subtle and elegant design of acorn and oak leaf clusters with flower heads at the centers. Leaf-and-pin and ribbon-twist ornament makes up the inner edge or “sight molding,” while the back edge is decorated with half flower heads. The newly framed painting will make its debut at the Kimbell on June 16 for the special exhibition Monet: The Late Years.

“The Kimbell was founded with conservation as one of its guiding principles,” commented Eric M. Lee, director of the Kimbell Art Museum. “We are grateful to Bank of America for their generous gift and their ongoing efforts to preserve and study the artistic achievements in our country’s art collections. We look forward to welcoming them in June, when Weeping Willow and more than 50 celebrated Monet paintings will be on view for all to enjoy.”

“The arts play a critical role in creating a vibrant economy here in North Texas. They also educate and enrich our lives by creating greater cultural understanding,” said Mike Pavell, Fort Worth market president, Bank of America. “Bank of America’s Art Conservation Project is part of our broader commitment to responsible growth by bringing value to economies, society and the communities we serve through conservation of historically or culturally significant works of art, including those that have been designated as cultural treasures.”

The Kimbell’s Weeping Willow, along with Monet’s early masterpiece, La Pointe de la Hève at Low Tide, inspired the pair of blockbuster exhibitions Monet: The Early Years, presented in 2016, and this year’s Monet: The Late Years. Monet: The Late Years returns to take up the story of Monet’s art at the very end of his career—after the heady days of the explosion of Impressionism in the 1870s; after his exultant mastery of his medium in the 1880s and his recognition as chief of the Impressionist landscape painters; after the momentous decision, in the 1890s, to work in series; and after the first decade of the 20th century, which saw the debut of his views of the Thames in London in 1904 and his triumph with the Water Lilies exhibition of 1909.

Weeping Willow concludes the inspiring Monet: The Late Years exhibition as a prime example of the artist’s late painting technique, along with four other Weeping Willow paintings in the artist’s series. Monet had painted ten Weeping Willow paintings by 1919, apparently in mournful response to the mass tragedy of World War I. Due to the war, Monet’s luxurious compound at Giverny was for the most part emptied of his children’s families and his household staff, who were either called into service or moved away from the advancing German army. His only surviving son was in constant danger at the front. At times Monet could hear artillery fire, but he refused to leave, preferring to share the fate of his gardens. As a group, the Weeping Willow paintings are characterized by shadowy colors and writhing forms, as if Monet intended to express the grieving mood not simply with the subject, but also through an expressionist style of painting. They were among the easel-scale paintings on distinct garden subjects—the willow tree, a Japanese bridge, rose bowers or the façade of his house—that Monet created in parallel with his work on much larger paintings, which were destined to be murals. The particular tree portrayed in Weeping Willow had pride of place on the bank of Monet’s water garden, with its exotic water lilies. The tree’s trunk, its cascading branches and its reflection are all incorporated into his greatest artistic legacy, the mural-scale Nymphéas canvases that were his preoccupation from 1914 until his death.

Monet: The Late Years is the first exhibition in more than 20 years dedicated to the final phase of Monet’s career. Through more than 50 paintings, the exhibition traces the evolution of Monet’s practice from 1913, when he embarked on a reinvention of his painting style that led to increasingly bold and abstract works, up to his death in 1926. Assembled from major public and private collections in Europe, the United States and Asia, Monet: The Late Years includes more than 20 examples of Monet’s beloved water-lily paintings. In addition, the exhibition showcases many other extraordinary and unfamiliar works from the artist’s final years, several of which are being seen for the first time in the United States. A surprising range of paintings—from traditional pictures to canvases more than six feet high to a monumental work measuring 14 feet wide—demonstrate Monet’s continued vitality and variety as a painter. This exhibition redefines Monet—widely known as the greatest landscape painter of the Impressionists—as one of the most original artists of the modern age.

This exhibition is organized by the Kimbell Art Museum and the Fine Arts Museums of San Francisco, with the exceptional collaboration of the Musée Marmottan Monet, Paris. The exhibition is supported by an indemnity from the Federal Council on the Arts and the Humanities and a grant from the Leo Potishman Foundation, JP Morgan Chase, Trustee. Promotional support is provided by American Airlines and NBC5.

The Bank of America Art Conservation Project provides grant funding to nonprofit cultural institutions throughout the world to conserve historically or culturally significant works of art that are in danger of deterioration. Since it began in 2010, Bank of America has provided grants for more than 150 projects in 31 countries on six continents to conserve paintings, sculptures, archaeological and architectural pieces that are critically important to cultural heritage and the history of art.

Additional works in the U.S. benefitting from recent grants include a twelve-panel screen with Spring Morning in the Han Palaces scene and inscription, Freer|Sackler, Washington, DC; The Large Bathers by Paul Cézanne, The Barnes Foundation, Philadelphia; Pan American Unity by Diego Rivera, San Francisco Museum of Modern Art; and conservation of the Virginia Museum of Fine Art’s collection of photographs by the Kamoinge Workshop, Richmond, Virginia.

At Bank of America, we’re guided by a common purpose to help make financial lives better, through the power of every connection. We’re delivering on this through responsible growth with a focus on our environmental, social and governance (ESG) leadership. ESG is embedded across our eight lines of business and reflects how we help fuel the global economy, build trust and credibility, and represent a company that people want to work for, invest in and do business with. It’s demonstrated in the inclusive and supportive workplace we create for our employees, the responsible products and services we offer our clients, and the impact we make around the world in helping local economies thrive. An important part of this work is forming strong partnerships with nonprofits and advocacy groups, such as community, consumer and environmental organizations, to bring together our collective networks and expertise to achieve greater impact. Learn more at about.bankofamerica.com, and connect with us on Twitter (@BofA_News). 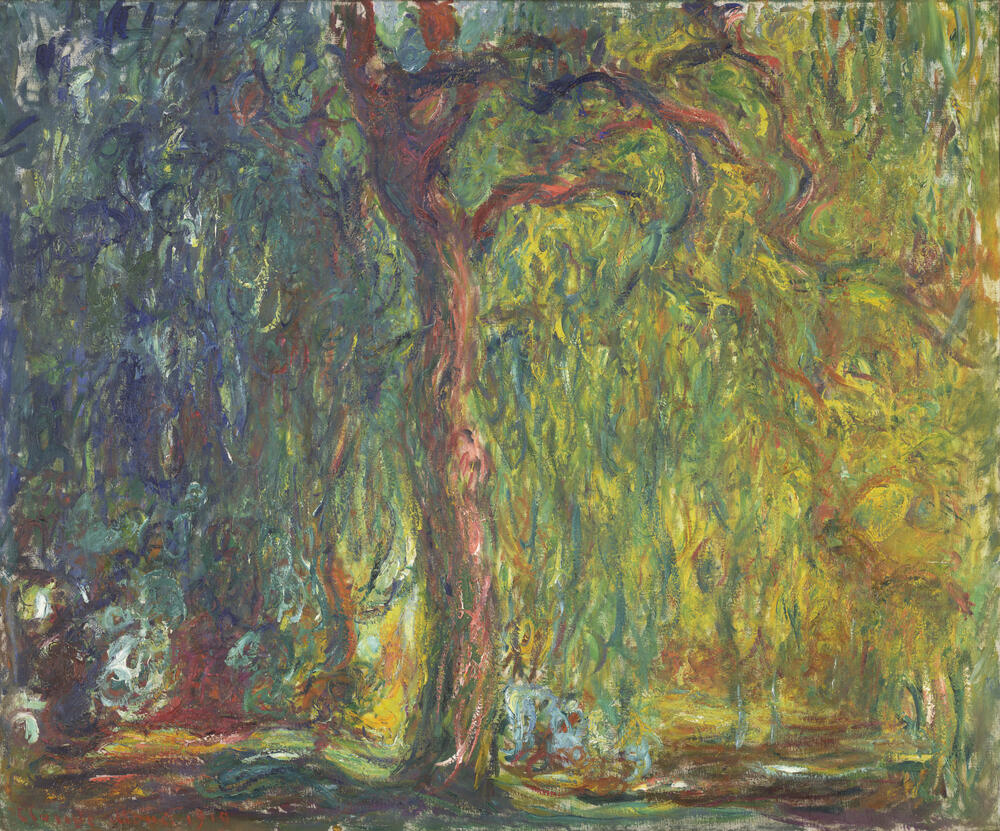