The Kimbell Art Museum has acquired Still Life with a Bowl of Strawberries, Basket of Cherries, and Branch of Gooseberries, signed and dated 1631 by French artist Louise Moillon (1609/10–1696). The rare painting — one of only a few by the artist in American museum collections — will be on view at the Kimbell beginning November 18, 2022, accessible to the public for the first time in its history. 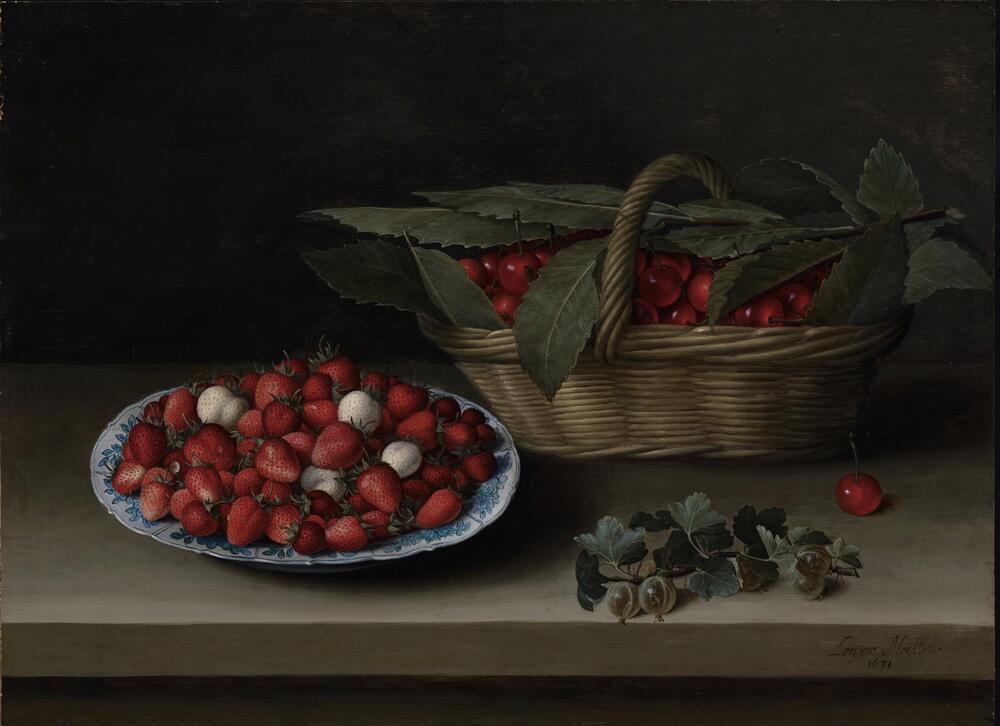 “The Kimbell Art Museum is delighted to add to its renowned collection what is unquestionably a masterpiece by Louise Moillon,” said Eric Lee, director of the Kimbell. “The painting is an exceptionally well-preserved composition, a mysterious image of simple fruits painted in jewel tones on a wooden panel. It came to light for the first time just this year and is a prime example of Moillon’s keen observational skills and poetic approach to still life.”

The painting, which had long been in a family’s collection in central France, was unknown to scholars until its appearance at auction in March. The Kimbell purchased the painting from an American collector through the New York dealer Adam Williams. It joins another striking and innovative still life by a woman, Still Life with Mackerel (1787) by Anne Vallayer-Coster, acquired by the Kimbell in 2019.

Louise Moillon, who has been called the “unexpected genius of the period,” was among the greatest French still-life painters of the 17th century. Moillon’s paintings are remarkable for their elegance and restraint, the equilibrium of their compositions and a delicate technique that reveals the qualities of fresh, ripe fruits and vegetables, provoking a sense of serenity.

Although the work of many painters of the period — especially female artists — remains unattributed, Louise Moillon signed and dated many of her pictures, enabling about 60 still lifes to be assigned to her hand. (She signed the Kimbell canvas with the archaic spelling of her name, Louyse.) Much remains unknown about her career, but archival documents show that Moillon earned renown in her own time. Five of her paintings of fruits are listed in the inventory of King Charles I of England (1600–1649).

Meticulously painted on oak panel, the Kimbell still life shows Moillon’s characteristic restraint, highlighting the appeal of the delectable fruit at its prime — ripe, firm and succulent. The fruit containers are placed on a closely framed wooden tabletop that tilts slightly forward and whose edge is brought near the foreground. A strong light from the upper left illuminates the glistening red objects against a dark, shadowy background.

The wild strawberries — fraises des bois — in a blue and white Wanli bowl range in shape, size and color, from deep garnet to white. Their soft, seeded texture suggests the delicacy of this fruit, whose spiky green calyxes remain intact to preserve their freshness, sweetness and aroma. Bright, glossy cherries — perhaps the prized tart cherries from Montmorency, north of Paris — are heaped in a rustic wicker basket under a protective shield of deep green chestnut leaves; their sawtooth edges, outlined in a lighter tone, discourage the temptation to pluck one of the polished spheres by its rugged stem. The little branch of gooseberries placed in the lower right foreground balances the basket and bowl; two of the gooseberries, jade-green globes, are strategically placed at the very edge of the table to create a tactile spatial illusion. Just above, a single ruby cherry invites admiration. Throughout the composition, Moillon creates a simple yet sophisticated balance of color and tone.

Moillon’s sincere approach to still life — excluding anecdote and symbolism — reflects 17th-century French agricultural reforms and the keen market in Paris for fresh fruit and vegetables. The nobility and bourgeoisie took pride in the fresh produce cultivated in their country estates and gardens. In the fields and orchards that abounded in the countryside outside the capital, women and children would pick the fruit late in the day so that it could be transported to the city by morning and sold at market. The peaches, plums, apricots, grapes, cherries and wild strawberries, along with vegetables such as artichokes and asparagus, that we see in Louise Moillon’s still lifes and market scenes represent the produce that would have been scrupulously selected for freshness and flavor by ladies, their cooks and their maidservants and proudly served at table.

The Moillon painting is the most recent of several acquisitions by the Kimbell, timed to the 50th anniversary of the museum’s founding, including a bronze vessel from the Shang dynasty (c. 1600–1050 BC); a larger-than-life-sized sculpture, The Mountain (La Montagne), designed by Aristide Maillol in 1937 and posthumously cast; a 16th-century alabaster statue of the Virgin and Child, from the Atelier of Saint-Léger in Troyes, France; Dog Guarding a Basket of Grapes (1836), an impressive still life by Ferdinand Georg Waldmüller; and three pastels by Kimbell architect Louis I. Kahn.

Louise Moillon was born in Paris in 1609 or 1610 to Nicolas Moillon (c. 1580–1619), a Protestant painter and picture dealer, and Marie Gilbert (d. 1630), the daughter of a wealthy goldsmith. Nicolas Moillon was among the earliest French artists to prosper as an art merchant; he leased a house on the Pont Notre-Dame and purchased several stalls near Saint-Germain-des-Prés abbey, the site of an important fair near which a community of northerners and Protestant artists had settled. After Louise’s father died in 1619, her mother married François Garnier (c. 1600–1658), likewise a Protestant master painter and art dealer. An inventory taken after her mother’s death in 1630 — when Louise was 20 — listed 13 paintings and testifies to her precocity and productivity. As a young artist in the heart of the Parisian art trade, Louise was ideally situated to study exuberant still-life paintings by Flemish and Dutch artists and paintings in a more sober and less decorative manner by their contemporary French counterparts. The superior quality and elegant yet unpretentious style of Louise Moillon’s work speak clearly: at an early age, she had forged an original and singular idea of still life, distinctly French in character.

In 1640, when she was 30 years old, Louise married a prosperous Protestant lumber merchant, Étienne Girardot de Chancourt. The inventory following her husband’s death in 1680 details their material wealth — a sizable residence with luxury furnishings, a large library and costly jewelry, as well as paintings, including a few still lifes of fruits that may have been painted by Louise — but nothing to give evidence to her continued activity as an artist. Moillon’s last known signed painting dates to 1641; she apparently stopped painting soon after her marriage in 1640 at age 30. This ending is so far unexplained. Perhaps the wealth and social status of her husband and her extensive family circle discouraged her from continuing her profession.

With the Revocation of the Edict of Nantes in 1685, the French Protestant population was forced to convert publicly to Catholicism. Members of Louise Mollion’s extended family suffered persecution or imprisonment and some relocated outside France. Moillon herself remained in Paris, where she died in 1696. Her will indicates that she had no children (or if so, they predeceased her) and details generous bequests to her numerous relatives and heirs. 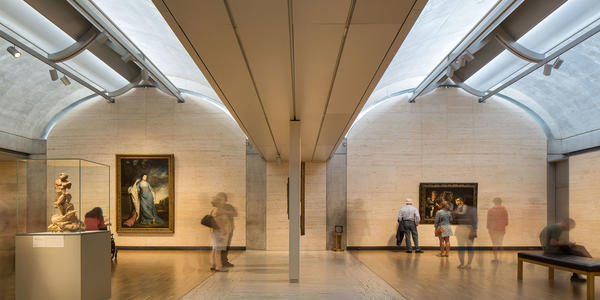